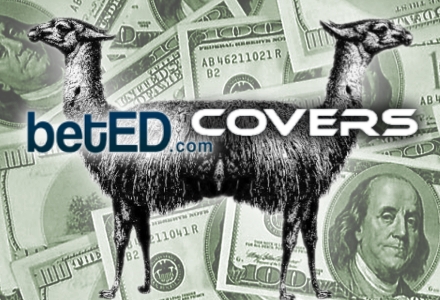 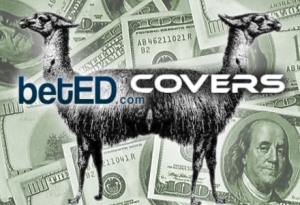 If one were to do a Monday morning quarterbacking job on the events of Blue Monday, it would be pretty easy to separate the Peyton Mannings from the Ryan Leafs. Most of the indicted companies quickly migrated to fresh domains and were back serving their players with minimal disruption. And then there was betED, which folded like a cheap suit within 48 hours of Blue Monday, closing up its Costa Rican office in the dead of night without paying its local employees their rightful severance (a very serious offence in the eyes of local authorities).

It was left to prominent sports betting forum Covers.com to deliver betED’s obituary. Covers blogger FreedomAtStake laid out the sorry scenario: all of betED’s player accounts were seized by the US Department of Justice, and with no money left to pay players, betED had simply ceased to be. Freedom took pains to point out that betED had run “a very professional shop” and thus, while their cash-strapped predicament was unfortunate, it “wasn’t their fault.”

As an online gambling industry news site, CalvinAyre.com hears things. Of course, given the nature of this business, not everything we hear comes backed by an incontrovertible paper trail, so we don’t always print all we hear. But one thing we keep hearing over and over (from people who should know) is that the betED moneys seized on Blue Monday were insufficient to cause betED’s total collapse, unless their owners chose to make it appear so. So was betED actually murdered by the DoJ, or was betED’s death a suicide?

FREEDOM’S JUST ANOTHER WORD FOR NOTHIN’ LEFT TO LOSE
In subsequent posts to the Covers forum, Covers bigwig ‘Lou’ indicated that Freedom was heading down to Costa Rica to see what could be done about negotiating the sale of betED’s player database to a ‘white knight’ bookmaker. The implication here is that the denials of betED ownership issued by the two men indicted on Blue Monday — Darren Wright and David Parchomchuk — are justified. The betED owners are still very much at large and still seeking to profit from their remaining assets. Furthermore, Covers know where the owners are and are in regular communication with them.

Covers’ desire to help broker a solution that ensures players get paid (even if money that was once rightfully 100% players’ property will now be subject to hefty rollover requirements) shouldn’t come as a great surprise. Despite betED’s minimal industry profile, Covers routinely ranked them as their #1 sportsbook, and a lot of players mistook that ranking as some assurance that betED wasn’t likely to pull such shenanigans. Now those same players are looking for an outlet for their anger, and, justified or not, Covers appears an obvious candidate.

DO YOU WANT THE CARROT OR THE STICK?
Covers.com began as a free sports statistics repository over a decade ago by Halifax (Canada) residents Paul Lavers and Joe MacDonald, and most industry sources maintain that the pair of Haligonians is still calling the shots at Covers.com. The duo created a very good product that sports bettors found invaluable, to the point where Covers is probably the top site of its kind for US sports in existence today. Where there is web traffic, there will be advertisers, and Covers makes a killing selling ads to online sportsbooks looking to reach some of Covers’ dedicated sports betting audience. They also host a popular forum and are regarded as an industry watchdog, advising players which books to patronize and which to avoid. 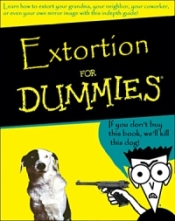 But there’s a darker side to the role of self-appointed watchdog, namely, the temptation to misuse that position for personal gain. Operators often find themselves being badmouthed on these watchdog sites for no other reason than for having declined to advertise or declining to renew existing ad contracts. Forum ‘beards’ can be unleashed to create fictional nightmarish encounters that paint operators with a scarlet brush, in the hope that (a) the operators will reconsider their non-advertising stance to end the abuse, and (b) other operators will take notice and seek to avoid such a fate for themselves.

Just as these sites can tear a book down, they can also prop them up. betED wasn’t even on most sports bettors’ radar until Covers began promoting the site. The heavy push Covers provided betED (and betED’s comparative lack of presence on other such sites) means that most of betED’s customers are essentially Covers’ customers. Not for nothing does the precise relationship between Covers and betED remain a popular source of speculation.

There’s a larger issue here than just the failure of a sportsbook and what responsibility Covers bears for promoting them so heavily (and earning significant revenues for having done so). The recent spate of indictments has called into question the net benefit to the industry of sites like Covers. The DoJ has made it clear that they are using liquidity tracking sites like PokerScout to identify the US-facing poker rooms absorbing the players left behind by the absence of PokerStars, Full Tilt et al. There is no corresponding data with which to monitor sports betting sites, but the feds can easily deduce the major players by scanning the advertising on sites such as Covers. As Maryland US Attorney Rod J. Rosenstein has stated, “you can’t expect to put every operator out of business, but the ones that are the most flagrant violators of the law and generating the most business — those are the logical targets.” 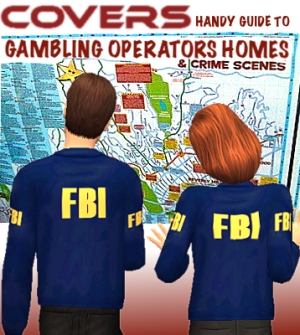 Why else would the Feds have focused their sights on such a bit player as betED, were it not for the #1 watchdog site’s endorsement of betED as the #1 US-facing sportsbook? Many industry operators have since demanded that their logos be removed from the Covers’ ‘top sportsbook’ list, with some having commented to us that advertising on Covers.com now is a bit like committing ritual suicide. The sad irony is that Covers not only misled the DoJ into believing that betED was a big fish, Covers also misled sports bettors into thinking betED’s ownership were standup guys who would do right by them, come rain or shine. Which begs the question — is it right to judge a sportsbook by its Covers? (Sorry, couldn’t resist.)

DO THE RIGHT THING, ALREADY
To be clear, while we’re not fans of the business ethics of Covers’ owners/management or their (generally) conflicted and (often) duplicitous business model, we sincerely hope they can somehow assist in finding a solution that restores players’ balances, and, in the process, restore a little faith in this industry. We have enough outsiders with unclear agendas looking to paint the online gambling industry as a bunch of crooks without actual crooks like betED’s owners (whoever they may be) behaving like scheming villains straight out of Central Casting.

Perhaps the most puzzling question here is why Covers/betED turned down the BetOnLine bailout offer. We have been in direct contact with BetOnLine and know that, contrary to what Covers is reporting, there was a solid offer put on the table and Covers/BetED have not even responded to it. We hope this does not mean that betED are just going to reappear under a new name and still force all the players to accept a deal requiring excessive rollover requirements. The industry could do without another such (self-inflicted) black eye. The other big question is who has all the player balances that wouldn’t have been held in operating accounts. Has this money already been spent by reckless and greedy owners or do they still have it and just don’t want to give it back?

There’s far more to this story than CalvinAyre.com can print at the moment, but rest assured, all the details will emerge in time. The two men indicted are likely already singing like canaries to the DoJ as to whom they consider to be the owners of BetFLED. Meanwhile, we will continue to monitor the process of the buyout negotiations, and hope for the best — for the players and for the industry as a whole.