Home / Casino / Singapore to overtake Vegas in the casino market 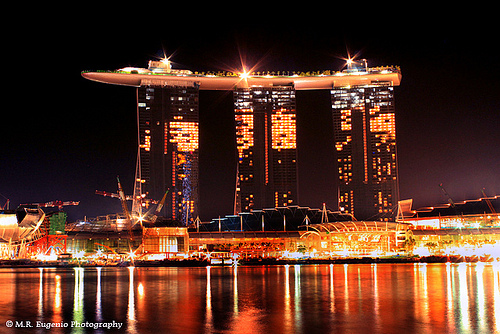 Macau could be joined by another Asian company at the top of the world of casinos as early as this year. President of the American Gaming Association, Frank J. Fahrenkopf, believes that Singapore will move into second position ahead of Las Vegas. Fahrenkopf made the prediction at the G2E Asia conference in Macau this week.

You only have to look at the figures to prove his point. After opening its first two casinos last year it saw gaming revenue hit $5.1billion. that’s expected to hit around $6.4bn taking it ahead of Vegas’ $5.8bn.

Macau is obviously still the jewel in the Asian gambling crown. This may be dampened should the government decide to crackdown on junket operators. Fahrenkopf explained that high-rollers using junkets from mainland China account for up to 70% of revenues in some cases. This would in turn create problems for the legion of listed casino companies.

“One thing that investors don’t like is uncertainty. The whole junket question and what’s going to happen in the future creates uncertainty,” he added.

A number of other problems could also affect the enclave in the future. This includes the government cap on new gambling tables until 2013 and also the lack of decent infrastructure holding the enclave back. The decision to put an age limit on casino employees and players will also be a blow to many of those operating in the region as employees will have to be 21.

The fact that Singapore is about to take the second place will be music to the ears of the subcontinent. It’s still rather a long way off Macau’s $23.5billion in gaming revenue. Time is of the essence though.