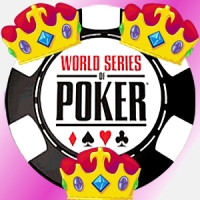 It’s okay if UK poker player Jake Cody gets a swelled head, because he’s now got three crowns with which to cover it. Cody has taken Event #2 at the 2011 World Series of Poker, the $25k Heads-Up Championship, defeating (in turn) Gus Hansen and Yevgeniy Timoshenko to earn a sweet $851k payday. More importantly (to some), the win makes Cody only the third player in history to win a WSOP bracelet plus WPT and EPT titles (London and Deauville, respectively, in Cody’s case). Cody is only 22-years-old and he won all three titles within a span of 18 months. Damn… If we recall correctly, we were still routinely soiling ourselves in public at Cody’s age.

WSOP virgin Francesco ‘Cheech’ Barbaro triumphed in Event #3, the $1,500 Omaha Hi-Lo. For beating Kostas Kalathakis in heads-up play, Barbaro collects $262k and (we assume) an erection that just won’t go down. The event was notable for the 925-strong field, which not only surpassed last year’s mark but set a record for largest ever Omaha Hi-Lo tourney.

It seems Loto-Québec was one of the 15 swells that bought a seat at The Big One for One Drop, the three-day, $1m buy-in super-duper-califragilistic high roller tournament scheduled to take place at the 2012 WSOP. The gaming corporation will offer the seat up as a prize at a series of Texas Hold’em tournaments at casinos in la belle provence. The Big One needs seven more deep-pocketed poker players to put their money down to make next year’s tournament a reality, but that number may drop to six very soon. Montrealer and 2010 main event champ Jonathan Duhamel has signed on as One Drop spokesperson for the event and is reportedly considering throwing his toque into the ring.