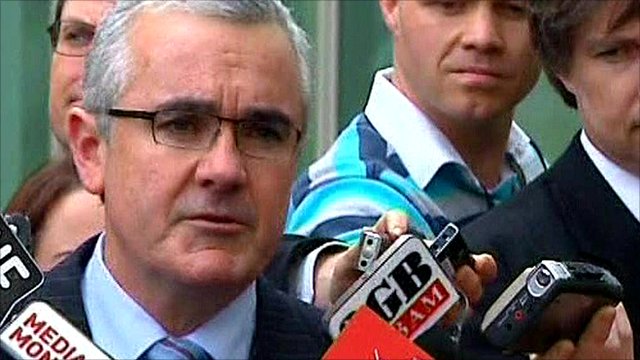 A long awaited parliamentary report into problem gambling was today released in Australia with much fanfare but little surprise. Clubs Australia’s number one enemy, independent MP Andrew Wilkie, who made a number of unsurprising recommendations, unveiled the report.

The most important fact to come out of the report is the expected recommendation that mandatory pre-commitment technology be implemented into pokie machines by 2014.

According to the Herald Sun, other points that the committee chaired by Wilkie recommended are:

Small regional pubs wouldn’t have to implement the new technology until 2018, with everyone else having to introduce it at “the earliest possible date – 2014.”

In classic Wilkie style, the independent MP then compared pokie machines to car accidents, saying that, “Like seatbelts reduced the road toll, mandatory pre-commitment will save lives and diminish the human tragedy caused by poker machines. Smooth. Real smooth

What the report doesn’t touch upon is any inclination that gambling might actually have positive benefits for those that use the pokie machines often. According to the esteemed Dr Patrick Basham retirees who “remain active in the community and constantly engage in social activity, often, largely or exclusively through gambling, live happier and healthier lives.” Then to take away any chance for them to gamble would be a gross injustice.

Now all we do is wait for Clubs Australia and its gang to come out with their opposition to these plans and the powder keg of arguing will be well and truly back on the agenda.

Now that the recommendations are set in stone, you can expect the Kiwis to have a seriously look at their figures after it was reported that usage has gone up in the past few months. Rest assured, this one has a long way to roll.