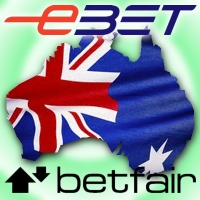 George Souris, minister responsible for gambling in New South Wales, has put “negative exotic betting” on the endangered species list. Notorious anti-gambling scold Nick Xenophon has a bill pending to ban all ‘exotic’ bets, but Souris narrowed the focus to such wagers as “a negative bet [which] says that a player will not kick more than three goals today. That means he will possibly deliberately miss the fourth goal. That’s the potential risk.” Souris’ remarks were prompted by a speech given by the new NSW Minister for Sport, Graham Annesley, who expressed alarm at the “enormous growth of gambling on sporting events and specifically the relatively recent advent of more exotic bet types, previously unavailable.” Souris intends to pursue the matter at a meeting of state and federal ministers later this month.

Aussie gaming outfit eBet Ltd. is being sued by trustees of the bankrupt Las Vegas-based Sona group of gaming companies. The trustees claim eBet failed to deliver on promised financing, and that a conflict of interest led to eBet CEO Anthony P. Toohey’s decision to withhold said financing. Sona – which once developed real-time, multi-player gambling software for wired, cellular and mobile networks as well as horse racing and sports betting apps – filed for bankruptcy in 2009 after the financing in question failed to arrive. The Las Vegas Sun reports that Sona and eBet entered into a licensing and distribution agreement in Aug. 2008 that called for eBet to pay a license fee of $2.5m. However, as early as Sept. 2008, Sona was already warning investors that the company “has generated minimal revenue, has incurred substantial losses and has not generated any positive cash-flow from operations.” (Seriously, Sona, you had us at ‘hello’.) For its part, eBet is withholding comment. In some cultures, it’s considered impolite to speak of the dead.