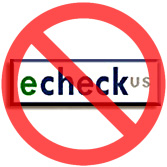 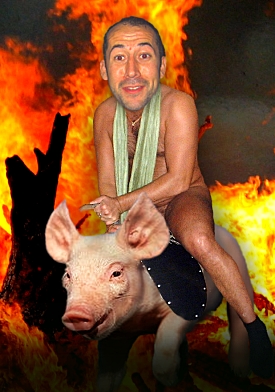 It’s been a couple weeks since word broke of the US Federal agents’ raid on the Houston offices of e-wallet eCheckUS, a subsidiary of Montreal-headquartered GPS Ecommerce Consulting Ltd. Ever since then, the eCheckUS site has been downgraded to a stark, text-only screen that informs visitors the site is “currently offline.” Scant details of the raid have been made officially public, but forum chatter has it that the Feds seized bank accounts containing over $9m in players’ funds, the fate of which remains in limbo, by which we mean the US treasury needs it to pay off America’s $14 trillion (and growing) national debt.

eCheckUS was a payment option utilized by some prominent US-facing poker networks, including Cereus and Merge Gaming. It shouldn’t come as much of a surprise to learn that Sportsbook.com, one of Merge’s more prominent skins (in addition to being Merge’s owner), is taking heat in online gambling forums over payout issues.

The demise of eCheckUS is but the latest casualty on a long list of payment processors that have run afoul of the US justice system. Just recently, we’ve seen PokerStars have trouble with its own eCheck system (unrelated to eCheckUS), some $8m seized from a variety of processors in Washington State and eWalletXpress admitting that funds held in US financial institutions were no longer under their control. According to forum reports, computers were also allegedly confiscated during the raid on eCheckUS’ Houston office, ensuring there will be a fresh supply of loose threads on which the Feds can tug to see where they might lead. It’s clear that moving money is the single biggest challenge facing any US-facing gaming outfit, and will remain so for the foreseeable future.