Home / Poker / Did poker cause the online gambling eCom crackdown? 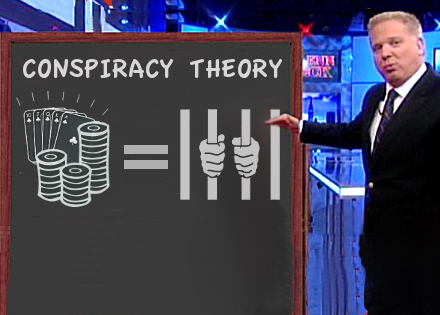 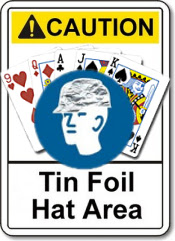 Every time we learn of new casualties in the war against online gambling’s financial underpinnings, we get to thinking. I mean, we put on our tinfoil hats and start braining real hard. Sure enough, a suspicious pattern begins to emerge. Namely, that online poker is to blame for the Unlawful Internet Gambling Enforcement Act (UIGEA). Think about it…

In 1999, an anti-online gambling piece of legislation was introduced in Congress, but failed to find enough votes to pass. A lull settled in on the legislative front just as internet technology matures to the point where online poker becomes commercially viable.

In 2003, Chris Moneymaker wins the World Series of Poker after qualifying online via a $39 satellite on PokerStars. Another PokerStars online qualifier, Greg Raymer, wins the 2004 WSOP. The 2004 event involves three times as many entrants as 2003, and 2005’s field will be twice the size of 2004. The $7.5m first prize at the 2005 event is the largest cash prize in sports/TV history.

In 2004, Sportingbet acquires Paradise Poker for $340m — the first instance of a publicly traded company owning a US-facing online poker room. In Feb. 2005, Sportingbet’s CEO Nigel Payne testifies before the North Dakota legislature, stating his willingness to move his operations to the state if legislators follow through on a pledge to regulate online poker. Not long after, the US Dept. of Justice sends a strongly worded letter advising North Dakotans to think very hard about the step they’re about to take. Chastened, North Dakota rejects the legislation, but Sportingbet continues its public support of the politicians who backed the bill.

In June 2005, PartyGaming makes a $10b initial public offering on the London Stock Exchange – the biggest float the LSE has witnessed in four years. Disclosure documents reveal 92% of the company’s income is derived from poker, and 88% of its customers are US-based. One month after PartyGaming floats, the Times reports that Ultimate Bet is considering getting in on that sweet IPO action. In October, BetOnSports relaunches its poker rooms.

These very public moves do not go unnoticed. The Guardian quotes an unnamed DoJ rep who warns that companies taking bets from US customers “will be prosecuted.” In November 2005, Rep. James Leach (R-IA) introduces HR 4411, the Internet Gambling Prohibition and Enforcement Act. These two paths – the growing public profile of online poker and the mounting outrage of US anti-gambling forces – are on an irreversible collision course. 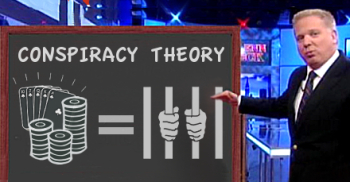 In January 2006, PartyGaming publishes figures showing a 65% revenue increase and 229k more sign-ups during Q4 2005. Two months later, Washington State passes SB6613, making the playing of online poker a Class C felony. In April, PokerStars (then the #2 room behind PartyGaming) announces that it is prepping its own IPO.

On July 11, the House of Representatives passes HR4411. Five days later, BetOnSports CEO David Carruthers is arrested in Dallas, and suddenly everyone realizes that the stakes have changed.

There’s a brief time-out as Congress goes on recess in August. But on Sept. 6, Sportingbet chairman Peter Dicks is arrested in New York, though he’s released a few days later. Then, on Sept. 29, comes the body blow. Politicians use a procedural move (and perhaps some chewing gum) to attach a revised and unexamined version of HR4411 onto the SAFE Port Act. The move happens without debate, in the dead of night, on the final day of the legislative session.

Two weeks later, President Bush signs the SAFE Port Act into law. En masse, the public companies are forced to withdraw from the US market. Their share prices tumble as much as 60%. PartyGaming lays off 800 technical employees in India. PokerStars cancels its IPO. Bedlam reigns.

Looking back, we can’t avoid the conclusion that if there hadn’t been such a stampede of private companies going public, the DoJ wouldn’t have had quarterly financial statements to pore over, and the scope of the business may have stayed under the radar that much longer.

But to make matters worse, the companies that brought us to this point are still at it. Left on the outside looking in, public companies are spending a small fortune lobbying US politicians for changes to the law that will allow them to re-enter the market. The large private poker companies, who still hope to go public some day, are doing likewise. All of which serves to keep the issue on the DoJ’s radar, who aren’t inclined to let bygones be bygones. Indeed, the issue is a guaranteed headline grabber for any attorney general with an eye on a higher public office.

But hey, that’s just our crazy theory. You want to keep your head in the sand, go right ahead. Now if you’ll excuse us, we’ve got some jars of our urine that need labeling.