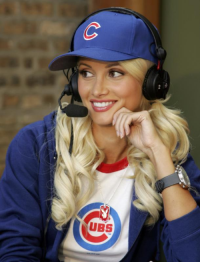 It may be April first, but for MLB bettors, opening day is no joke. Today marks the beginning of a long betting campaign for MLB bettors, who will be watching sports tickers, reading newspapers, constantly doing their MLB homework from now until November.

As for MLB fans, without question the most excited bunch have to reside in Philadelphia. The Phillies open the season with their eyes set on the World Series, anything else is a complete failure, considering they have the most ridiculous starting rotation in the majors.

Life isn’t so peachy for the Cubs fan, and it hasn’t been for a very long time. Will this be the year that the Cubs put an end to the curse? I wouldn’t bet a red cent on it, but as they say in baseball, anything can happen.

The lovable losers open up their season today against the Pittsburgh Pirates and if they can manage to pull out a win for the Wrigley faithful, by my count it will mark the first time the Chicago Cubs since the end of the 2009 season held a .500 or better record. I better double check that, I hope that’s not right.

In the American league it’s the usual suspects gearing up for another title run. But this year The Red Sox have made some great additions to their lineup and should feel confident about their bullpen and their starting rotation with Lackey, Beckett, Lester, Buchholz and Dice-K. Decimated by injuries, the Red Sox missed the postseason last year, but don’t expect that to happen again, at least the fans in Boston don’t.

Hopefully, this MLB season will be one to remember, considering the fact that no one knows how long the NFL lockout will last.