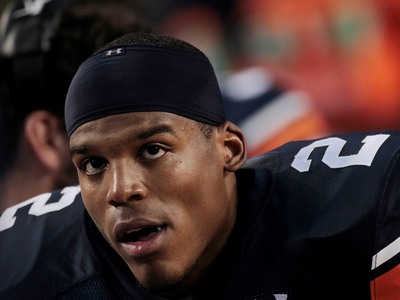 Just because we are in the midst of a NFL Lockout, doesn’t mean we can’t talk about the NFL Draft. You can search around and find mock drafts almost anywhere on the internet. One of the most recent mock drafts produced by ESPN draft expert, Todd McShay had some interesting selections.

According to Mcshay’s mock draft, the Carolina Panthers will take Marcell Dareus first overall in the NFL Draft. Interestingly enough, the Carolina Panther recently worked Cam Newton out adding fuel to the speculation that the Panthers would select the very public and very controversial Auburn QB. It’s no secret that Carolina is need of a QB. But as Mcshay reasons in his mock draft, “defensive tackle is Carolina’s top need so Dareus appears to be the most logical choice with his size, quickness and versatility.”

Mcshay had OLB Von Miller going to the Broncos with the second pick overall and Blaine Gabbert, the talented QB out of Missouri, going to Bills with the third pick. Mcshay has the Bengals taking the ultra talented WR from Georgia, A.J Green fourth overall and Cam Newton going to the Cardinals with the fifth pick.

Mcshay believes that Gabbert is a better QB than Newton, and that’s why he has the Bills taking Gabbert ahead of Newton.

Without question, Arizona needs a QB, but is Cam Newton the answer? Mock drafts are fun, but it’s a lot of guesswork, coincidentally, NFL teams will be making their own share of gambles on draft day. The difference being, they can’t change their picks. The stakes will be high, and likely, multimillion dollar mistakes will be made. But if the lockout continues, we may not know how costly any of the draft day mistakes will be as players won’t be allowed to sign anything until there’s a new CBA in place.

In the meantime, the players could always take up soccer?