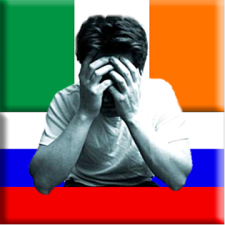 Given the stated date (March 31) for the Pwin merger to become official, is anybody else wondering if the whole thing has been an elaborate April Fools’ joke? If so, good one!

A group of 17 prominent business figures and ex-politicians has released a report claiming that the creation of a proper legal environment for online gaming would create up to 5,000 jobs in Ireland. Of course, the report also calls for the firing of some 30,000 state employees, so we guess it’s kind of a mixed blessing. The Blueprint for Ireland’s Recovery also envisions selling off the country’s ports, airports and two major banks to the private sector. Business wants to have ‘positive engagement’ with media to ensure “that good news stories are covered,” and the state should give corporations a three-year tax holiday. Oh, and each of the report’s authors would like a pony.

Construction on that Siberian Coin casino project in a remote area of eastern Russia near the China/Kazakhstan border is off to an auspicious start. A report in the Moscow Times claims that once the area gets electricity, well, things are really going to take off. So the developers are hoping the four-man crew assigned to the task can, you know, pick up the pace, because it’s supposed to open in 2012.

In Moscow, Vladmir Putin’s Mini-Me Dmitry Medvedev said “criminal responsibility should be introduced for gambling” which would require “very tough measures.” A few years back, Putin banned all casino activity to four special zones in far-flung territories, virtually inaccessible to most Russians. Medvedev says that those who attempt to get around Putin’s edict “are impudent, to put it straightforwardly” and thus deserve far harsher punishments than are the law currently allows. After that speech, how’d you like to be the former member of government who just got busted for running what Russian news agency Itar-Tass called the “largest underground casino” in the Northern Caucasus out of the republic’s State Concert Hall since 2008? You know, I hear that Siberian Coin place is short of forced laborers…

Finally, researchers claim that March Madness is less fun for people who wager on the outcome than for those who have no financial stake in the games. A study conducted in 2008 by Naomi Mandel and Stephen M. Nowlis suggested that bettors’ stress levels rise after making their selections and continue throughout the event. “Nobody likes to be wrong. Once a person has committed to a predicted outcome, he’s set himself up for the possibility of looking like a fool.” According to this theory of ‘anticipated regret,’ the non-bettor beside you is enjoying the game more than you. So feel free to spill your beer on him/her. (You’ll feel much better.) You can get an even greater sense of enormous well-being by joining the CalvinAyre.com March Madness Group.