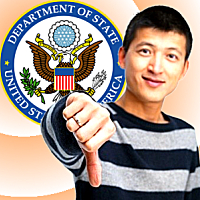 The Macau Daily Times is reporting that the local government is none too pleased with the US Department of State for labeling Macau as an unregulated wild west in which money laundering was rampant. Or maybe it was their not so subtle insinuations that the alleged money laundering was being conducted by international drug traffickers and Islamic terrorists. Deborah Ng, director of Macau’s Financial Intelligence Office, flatly rejected the State Dept.’s claims, pointing out that “Macau is a member of the Asia/Pacific Group on Money Laundering and there is top government commitment to follow the Financial Action Task Force recommendations on anti-money laundering and combating the financing of terrorism.”

On Thursday, Galaxy Entertainment Group (GEG) announced that its sprawling new Galaxy Macau resort will open May 15. GEG’s deputy chairman Francis Lui is expecting gaming revenues in Macau to slow this year, which means rising by a mere 20%. That would be sharply down from 2010s 58% growth, but Lui reasons that “the base is already so big and to grow from that is challenging, but I believe 20% is achievable.”

Double-digit growth rates are not something current Las Vegas casino execs would describe as conceivable, let alone achievable. January saw gambling revenue fall 2.5% at Strip casinos and a slightly less onerous 0.7% decline statewide. This marked the third straight monthly decline for a sector that thought it was slowly regaining all the ground it had lost since the recession began in 2008. Much of the blame for January’s decline goes to baccarat players, who played less (wagering 29% less than in Jan. 2010) and played better (with the house winning 40% less over the same period). So not only are Asian gamblers boosting Macau’s fortunes, they’re simultaneously knocking Vegas’ dick in the dirt.

Russia must be hoping that Asian gamblers don’t decide to do similar damage to the Motherland’s planned casino project in the Altai region of Siberia. That’s right, Siberia. It’s one of the few regions in which Vladmir Putin didn’t ban casino gambling, so what are you going to do? The project, rising near the border of Kazakhstan and China, is currently operating under the name Siberian Coin. We presume this is because they only expect one intrepid traveler (holding one rusty ruble in his frozen fist) to make it across the Urals to the casino door. Perhaps they should run a promotion by which you can warm up by crawling into a hot bath with inept Russian spy/über-hottie Anna Chapman.