Galaxy Macau to open while US State Dept. frets about junket operators

On March 10, Galaxy Entertainment Group (GEG) will announce the launch date for Galaxy Macau, its sixth (and largest yet) property in the red-hot gambling enclave and the only casino scheduled to open there in 2011. The $1.9b, 2,200-room operation features five gaming zones across the equivalent of three football fields, plus 50 restaurants and a white-sand beach lapped by artificial waves. 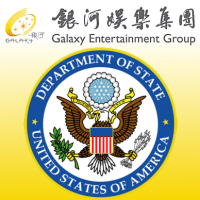 Despite its enormity, the Galaxy Macau will only occupy a quarter of the land GEG has leased on Macau’s Cotai Strip. Galaxy’s Francis Lui says his family business is in no hurry to break ground on any future development, in part because of the unpredictable nature of Chinese gamblers’ tastes. “Look at Beijing and Shanghai,” Lui told Bloomberg’s William Mellor. “The lifestyle today is night and day compared to five years ago. In China, customer preferences are evolving so quickly that there’s no telling what people will want in five years.”

This focus on Asian customers has long been Galaxy’s priority. When it was first awarded a Macau operating license in 2002, GEG had partnered with Sheldon Adelson’s Las Vegas Sands. But they fell out within a year because Adelson essentially wanted to recreate the Las Vegas Strip in Asia (sound familiar?) whereas Galaxy wanted something intended to cater to uniquely Asian tastes. A wise choice, given that the average disposable income of urban households in China tripled over the past 10 years. Meanwhile, Galaxy’s own stock price has more than tripled over the past 15 months.

Also keeping close watch on Macau’s customers is the U.S. Department of State, which released a report last week urging stricter regulation of Macau’s VIP gaming promoters. The Bureau for International Narcotics and Law Enforcement Affairs claims the already monstrous sums being reported as gross gaming revenue at Macau casinos is but 10% of the total being wagered off the books via junket operators. “Junkets are increasingly popular among gamblers seeking anonymity and among casinos aiming to reduce credit default risk. This inherent conflict of interest, together with anonymity provided through use of the junket operator to transfer funds, presents significant challenges to anti-money laundering measures.”

As always, whenever western governments start talking about money laundering and gambling, Osama Bin Laden’s name gets thrown into the mix. Citing the potential for “terrorist financing activities,” the Bureau urged local authorities to “implement mandatory cross-border currency reporting requirements” and make Macau’s Financial Intelligence Office a permanent body (rather than the three-year research project it was intended to be). True to form, the US also wants Macau to develop a legal framework to facilitate the freezing and seizure of assets. Hmmm… I thought the big game in Macau was baccarat, not online poker...