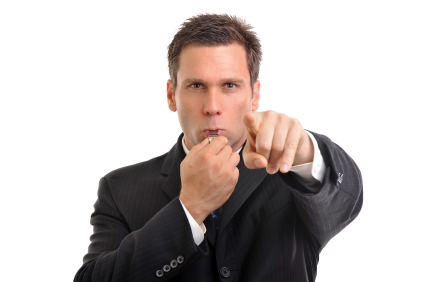 In the past, we’ve discussed how the seemingly miniscule 140 characters afforded in a tweet from a Twitter account for a high profile athlete could have multi-million dollar consequences. Twitter and athletes became such a polarizing issue that professional leagues like the NBA began fining players for tweeting during games.

The power of Twitter has now taken another step, but I’m not sure we’ll all like the direction it’s now going. When Associated Press writer, Jon Krawczynski tweeted on January 24th while watching a NBA game, that: “Ref Bill Spooner told Rambis he’d “get it back” after a bad call. Then he made an even worse call on Rockets. That’s NBA officiating folks.” You can’t tweet that?

Krawcynski probably didn’t think that tweet would garner much attention. He certainly didn’t foresee that it would result in a $75K plus lawsuit from NBA referee Bill Spooner for damages.

The fact that Spooner even has enough grounds to file a lawsuit over a seemingly harmless tweet shows the power of this social media device. I was under the impression that you pretty much tweet whatever you want, just like you can write whatever you want on your Facebook page. I’m not sure that’s true anymore.

Are there things you just can’t say, and people you just can’t talk about now on Twitter? Or, does it all depend on the position you hold and the number of followers you have?

I suppose as a writer for AP, Krawcynksi holds some pull, but we’re talking about a seemingly harmless tweet about a referee making a make-up call, it’s something that has happened since the day before forever on the basketball court. It’s part of the game. Coaches accept that referees are human and that they make mistakes and good referees find ways to correct those mistakes with makeup calls without influencing the outcome of the game. It’s a delicate balance, but for the most part the NBA officials are beyond reproach, except for that one guy.

Shouldn’t we expect this to filter down to everyday, normal people with Twitter accounts? Can a student get expelled for talking trash about another student on Twitter? Can you get fired for tweeting “Hate my job, my boss is a douchebag”? And, can you be sued for watching your son’s baseball game and tweeting “This umpire wouldn’t know what a strike was if it beat him over the head”? Can a casino get in trouble for an under-aged kid tweeting about his party experiences there?

My fear is that the answers to all those questions are the same. Yes.

And if we’re going to start being held liable on what we do, say and post on social media, how much freedom is that? At some point the legal system is going to have to step in and make some definitions as to what is considered a personal space and what is considered public space. It’s not like Krawcynksi published an article about the make-up call, he tweeted about it, question is, are the two one and the same now?