Home / Sports / Kevin Love the king of the double double 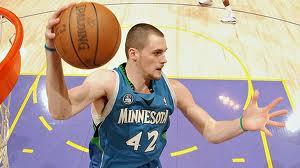 When it comes to rebounding and scoring points in double digits, Kevin Love of the Minnesota Timberwolves is so nice, they should have named him twice. Love Love, would have been more appropriate, because he’s a double-double machine and you have to love his game.

He can take you outside, and do damage on the low blocks, the man is a beast. 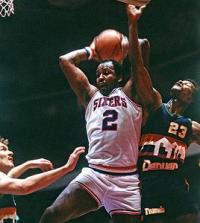 At 48 straight double-doubles, Kevin Love has gone past just having an incredible season. When you grab double-doubles on 48 consecutive nights in the NBA, you’re amongst the game’s elite, plain and simple. MVP? Let’s not go overboard, he does play for the T-Wolves.

Is Kevin Love the best rebounder in the NBA? No. I’d probably give that to Dwight Howard on a pound for pound basis. But Love is a close second or third in my book. Is Kevin Love one of the best scorers in the NBA? No, but he’ll give you at least 10 pts every single night, because he’s a player and his basketball IQ is through the roof. In only his third year in the league, Love was named to the Western Conference All Star team and is averaging 20.8 pts and 15.4 rebounds. So, is Kevin Love the most consistent player in the NBA? He just might be.

With Kevin Love, we’re not just seeing a flash in the pan season. This guy looks, plays, and has all the talents to put up these numbers for the rest of his career, so don’t make that mistake and pass on him in next year’s fantasy draft.

At this point, Sportsbooks should be getting their odds up on just how long this string of double-doubles is going to last for Kevin Love.

How many consecutive games will Kevin Love register a double-double? To put it in perspective what Kevin Love is doing out there, aside from Wilt’s astronomical numbers, which aren’t even approachable… The most consecutive double-doubles any player in NBA history has ever recorded was 51, and that was accomplished by the great Moses Malone over the course of two seasons from December of 1978 to October of 1979.

Love is three more consecutive double-doubles away from tying that record.

Will he tie it? Will he break it? How long will his streak last? Sportsbooks how about some odds!