Home / Business / Florida to get online poker this July? 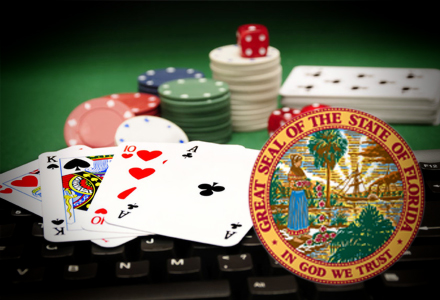 Reports are claiming that the US state of Florida will be the next state to regulate online wagering.

In a week during which New Jersey should find out whether Gov Christie wants the state’s residents to be able to gamble online, Florida is believed to be considering legislation to allow online poker later this year.

Carried by the Daytona Beach News Journal, the story states that poker could be legalized by July 1 in the state as they look to plug the budget deficit hole of $4billion.

“We want to legalize it, regulate it and bring the revenue to Florida,” said state Rep. Joseph Abruzzo, D-Wellington, who proposed the initial bill. “To me it’s common sense to protect our players.”

The next session of the state congress will start on March 8 where a proposal will be put forward that will allow race tracks and jai-alai frontons to create portals that will allow players to play online poker against others in the state.

If the legislation goes through it will allow up to three sites to act with the state, the state’s 23 pari-mutuels’ acting as the portals.

Daniel Francati, manager of the Daytona Beach Kennel Club & Poker Room, one of the 23 pari-mutuels, said, “I think it’ll help take Internet players and try to convert them into brick-and-mortar players.

“You always have a question when people are playing online for money. How do you know they’re paying if it isn’t regulated?”

We’re not sure whether we agree with Francati’s notion that it will bring players back to bricks and mortar casinos but with New Jersey looking increasingly unsure, Florida may be the first to allow online poker later this year.

John Pappas on the DiCristina Case and on Poker as a Game of Skill
Video
26 September 2013
.