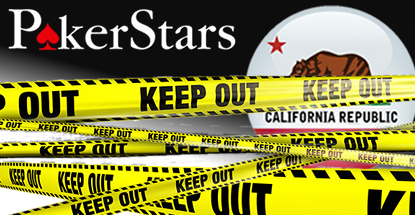 As California politicians prepare for a new legislative session starting Jan. 6, the state’s first new online poker bill has made its appearance. The AB 9 legislation aka the Internet Poker Consumer Protection Act of 2015 (read it here) is a variation on the draft legislation released this summer by a coalition of 13 of the state’s federally recognized Indian tribes (although one tribe has since defected).

AB 9 was introduced by Democratic Assemblyman Mike Gatto as an urgency statute, requiring two-thirds approval votes in both legislative chambers. The bill has been referred to both the Appropriation and Fiscal committees.

The bill would allow the state’s federally recognized Indian tribes and card rooms to apply for online poker licenses while racetracks are out in the cold. “The state’s interests are best met … by licensing only those entities in California that have experience operating card rooms and tribal gaming facilities that are currently permitted to offer live real-money poker games.”

The bill contains a ‘bad actors’ clause intended to forestall arguments that Amaya Gaming’s purchase of PokerStars had washed the site of the legal stain associated with its indicted former owners. The bill prohibits licensing of any person, site, or ‘covered asset’ (software, brand, database, etc.) that “knowingly engaged in unlawful Internet gambling after Dec. 31, 2006.” The bill explains that the scarlet letter of unsuitability will also be pinned on anyone who “purchased or acquired” such covered assets for use in California.

The bill later explains that “a knowing decision to purchase or otherwise acquire [covered assets] for use in connection with Internet poker in the state bears directly on the applicant’s suitability and must be considered in any determination whether to license that applicant.” Bottom line, the bill does nothing to bridge the divide that resulted in this summer’s failure of the state’s previous poker plans.

Also not eligible for licensing is any federally recognized tribe that “accepts bets from players within this state but who are not physically present on Indian lands when making those bets.” This appears to be a shot at the Iipay Nation of Santa Ysabel, who last month launched a ‘proxy play’ online bingo site that the state Attorney General is attempting to shut down.

FEES AND STUFF
Under AB 9, licensed operators would pay a one-time fee of $5m, which would be credited against quarterly fees of 5% of gross gaming revenue, as well as unspecified annual fees. Licenses would be valid for 10 years with automatic 10-year renewals if licensees haven’t been caught doing something naughty. Successful license applicants could expect to receive their diploma within 90 days of filing. Regulations would need to be crafted within 180 days of the bill’s passage and all licensees will face the same ‘go live’ date one year after the regs are finalized to ensure no one gets a head start.

The bill calls for all poker variants already approved by the state to be offered online, except for pai gow or any game in which third parties can wager on the outcome of a hand, to California residents 21 years old and above.

The bill is explicitly intrastate and would require the state to approve new legislation in order to participate in any federal online gambling scheme or any liquidity sharing compact with another state or foreign country. Should the state enter into such a scheme, operators would no longer have to pay the upfront or quarterly fees and the state would be forced to refund any remaining credit left from the operators’ original $5m upfront payments.

The bill requires players to register for their online poker account and make their initial deposit in person. The bill would authorize poker sites to enter into agreements with “satellite service centers” to process these initial deposits. In-person withdrawals would also be required if certain yet-to-be-determined benchmarks apply, including the size of an individual withdrawal or the amount of cumulative withdrawals within a seven-day period. Other than that, electronic deposits and withdrawals will be permitted.

The bill calls for the establishment of an Internet Poker Fund to hold the state’s proceeds. An unspecified portion of these proceeds would go toward an Unlawful Gambling Enforcement Fund to ensure law enforcement has adequate resources with which to enforce the bill’s prohibitions. State agencies would bring civil actions against illegal operators although the amount of fines it could levy are unspecified.