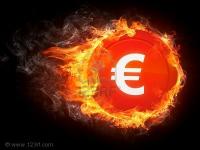 Lobbying is something that is carried out on a daily basis by those around the world that want something done. Two of the world’s largest payment card providers, MasterCard and Visa, lobbied the US government early this year regarding online gambling proposals in the US and Europe isn’t safe from being tarred with the same brush.

Germany, at some point in the near future, will adopt some kind of formal legislation as far as online gambling is concerned and therefore lobbying was always likely to happen.

According to reports over the weekend in German newspaper Suddeutsche Zeitung, the gaming group founded by Paul Gauselmann has been giving lavish donations to political parties for some time now.

German rules say that only €50,000 may be donated each year, moving up to €70,000 in an election year. The donations have been going on since 1990 with €1million thought to have been spent by the well know gaming group.

Transparency International have moved to brand the donations as “outrageous” and call for an investigation into how an additional €74,836 from Gauselmann family members could go missing over the past ten years.

Gauselmann himself is reported to have encouraged the donations, which reached €80,000 last year to “encourage understanding” for the German gambling industry.