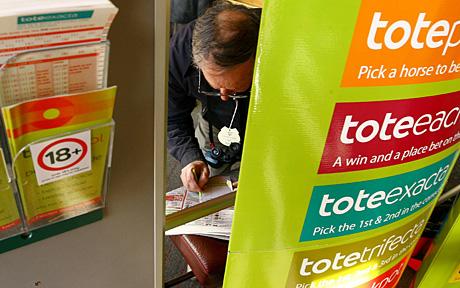 The horse racing industry seems like it’s making some progress where that elusive thing they call money is concerned. 2010 was a year in which racing was continually down in the dumps about a perceived lack of money coming from the sources that they thought they could always rely on. This has been gradually changing since the turn of the year.

The levy board’s independent team announced yesterday the amount being contributed to the industry by the horserace levy for the coming year, and there was encouragement in the British Gambling Prevalence Survey that the success would continue. It’s the last part of the complex racing industry jigsaw that keeps feeding us little morsels of information that might be the most lucrative of all.

Martin Broughton had already secured the funding needed were his bid for the Tote to be successful, and the former Liverpool chairman will now be singing “I get by with a little help from my friends” with an industry veteran earlier counted out of the Tote process.

According to a Sky News exclusive, if Broughton is successful, former Ladbrokes chief executive, Chris Bell will be chair of the new group. Bell was eliminated in the first round of the auction process and has jumped at the chance to team up with big Mart.

The bid, fronted by Sports Investment Partners (SIP), has also been holding discussions with the company thought to be one of the favourites, Sportech, but is unlikely to want to take an equity stake in the Tote.