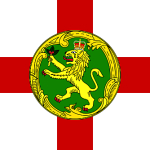 Following a recent study of the Alderney Gambling Control Commission’s (AGCC) efforts to combat money laundering, the International Monetary Fund (IMF) announced that it felt there were areas in which the AGCC could do better. Specifically, the IMF thought the AGCC needed to improve customer identification reliability and to compel its online gaming licensees to keep a closer eye on ‘suspicious and unusual’ transactions. The IMF also wants police performing systematic background checks on potential new licensees.

The IMF’s complaints provided ammunition to UK media, allowing them to paint the so-called White List license-issuing jurisdictions as offering less protection for Britain’s vulnerable youth than companies licensed directly from the UK. In response, the AGCC issued a statement saying, essentially, bollocks.

The AGCC claims there is “no evidence suggesting that the current white listing regime compromises player protection.” In fact, the AGCC cited an investigation conducted a few years ago by the UK Gambling Commission that found little distinction between UK-licensed and white-listed operators in preventing minors from accessing their sites. As far as the AGCC’s concerned, companies were choosing to base themselves in white-listed jurisdictions not because they wanted to take advantage of supposedly lax safety requirements, but to avoid the heavy tax burden imposed on UK-based operations.

As far as the intentions of Jeremy Hunt, head of the UK’s Culture, Media and Sports brief, to require internationally-based companies to apply for UK licenses, the AGCC has its doubts that the move will achieve its stated aim of protecting UK consumers. With the UK government instituting dramatic budget cuts across all departments, the AGCC feels the addition of over 100 European and white-listed operations to the under-resourced Gambling Commission’s purview will result in less oversight, not more.