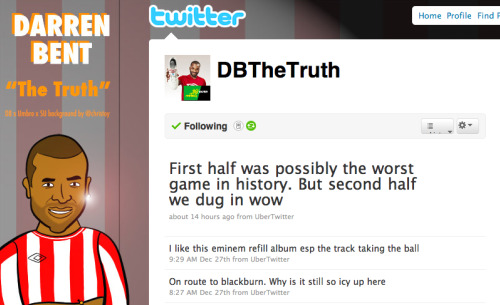 Every major sport has one and right now it’s soccer’s turn. The fans love them and the gambling industry can’t get enough of it – I’m not talking about a good ole’ sex scandal here though. Although some would like to think that’s more important than the game itself, European soccer is currently in the midst of the transfer window and with just over 10 days left it’s started hotting up. The continent’s top clubs have still yet to smash the window open and grab themselves what they can though.

If you discount Man City’s capture of Wolfsburg’s Bosnian target-man Edin Dzeko it has been a very quiet window indeed. That was until a largely unheralded England striker caused quite the stir earlier this week.

His £24m move from the Wearside club to Aston Villa doesn’t really show the “ambition” he’d like everyone to think was the reason he decided to move. A transfer from the Black Cats to one of the top five you could maybe forgive this but one in the bottom four hardly counts. The Sunderland fans didn’t take this at all well and delivered death threats via Twitter after the fans’ favorite baulked.

For the rest of the window it should be interesting to see what the aforementioned top quintet decides on doing. Currently sitting top of the pile is a Manchester United side that has been criticized from all angles for not playing as well as they can. They could end up being described as crap for an entire season and winning the league. As the saying goes in the NFL “defense wins championships.” Now there’s something that they don’t have to buy.

So after United spunk all their cash on a new lifetime’s supple of chewing gum for Sir Alex, next up is Man City.

After buying Dzeko the team has the swagger of Champions in waiting. To truly finish it off in style they need to be playing in a kit of Champions – one made with actual gold. The owners definitely have the cash, so why not?

Third place currently belongs to Arsenal and after failing in attempts to buy Sergio Aguero’s son, rumor has it that they’re attempting to sign up a child that hasn’t even been conceived yet – that of Prince William and Kate Middleton. It’s rumored that the trophy cabinet will still be bare come 2030 and having royalty in the side will help the hankering for a cup be realised. After all, they have to do something to stop the rot.

Spurs meanwhile are hoping to sign up some prestigious young talent in the shape of all three of David Beckham’s sons. Harry Redknapp’s wheeler-dealer instincts have meant that he it is finally unraveling as to why he took the England midfielder on loan. Failing that, a bid to try and knock down Beijing’s Olympic Stadium and build their own on the site is also said to be high on the list.

Chelsea in fourth make up the quintet and as they like to act as if they have no money this is just an obvious front for owner Roman Abramovich to splash out big time on the final day of the window. Then buying up Swedish band The Hives for the end of season Championship party to sing their hit “Hate to Say I Told You So.” Now that would be a way to go out in style.