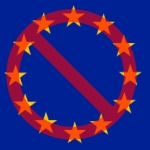 Next month, the European Parliament will debate legislation that would allow member nations to compel internet service providers (ISPs) to block child pornography sites. In March 2010, the European Commission recommended ISPs be tasked with blocking such sites, a responsibility that would be overseen by police and the judiciary in each territory. The recommendations were adopted by the Council of Justice Ministers in December.

The European Internet Service Providers Association, which represents over 1,800 European ISPs, has staunchly opposed such legislation, arguing that blocking such sites doesn’t actually remove content from the internet, and thus allows pervs to go on copying and sharing pornographic images. More to the point, ISP blocking does nothing to prevent children from continuing to be abused in the creation of such images. The European Digital Rights (EDRi) group called the proposed legislation “a purely cosmetic measure” that “allows authorities to claim they are doing something by passing the buck to internet providers.”

Various member states have lined up on either side of the debate. Germany and Romania tend to side with the ISPs, preferring that the blocking remain optional. France and Italy, on the other hand, are big backers of the legislation being made mandatory. Is it coincidental that both of the latter nations have recently instituted ‘walled garden’ gambling regimes and thus want lots of latitude in deciding what internet sites their citizens can and cannot access?

Internet filters are not only considered ineffective, they have unforeseen and unintended consequences. A Dutch website campaigning against child porn found itself blocked — twice – after the wrong words stumbled over the internet filters’ trip wires. Just recently, the public WiFi on offer at McDonalds restaurants in New Zealand was found to be blocking gay and lesbian websites, including sites that seek only to provide “it gets better” type of support for bullied and marginalized gay teens. The burger chain was also found to be blocking the Family Planning website, presumably because more babies means more Happy Meals sold? Must be something in that part of the word, because the proposed Australian internet filter would have banned dentists and pet-care facilities.