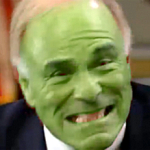 60 Minutes is having lots of fun circulating their teaser clip of Pennsylvania governor Ed Rendell’s eye-popping, vein-bulging defense of his efforts to expand his state’s gambling operations. The theme of the 60 Minutes piece apparently has to do with the increasing presence of and reliance upon gambling in US states. With that in mind, let’s have a look round to see what moves states are making in the first week of 2011.

In Iowa, two of the state’s top Democratic politicians have gone on record as saying that they’re not opposed to the idea of intrastate online gambling. Senate Majority Leader Mike Gronstal told the Des Moines Register that since an estimated 150k Iowans are already gambling online without the state reaping any benefit, “efforts to take charge of our fate on this … makes sense.”

In Massachusetts, legislators aren’t wasting any time resuscitating the casino gambling bill that Gov. Deval Patrick refused to sign during the dying days of the last legislative session. Just hours after being sworn in on Wednesday, State Sen. Jennifer Flanagan filed a new bill to allow the construction of three resort-style casinos in the Bay State. Flanagan’s bill would allow racetracks to bid for one of the casino licenses.

In Florida, newly installed Gov. Rick Scott is trying to walk back comments he made to the Miami Herald earlier in the week that suggested he was open to building resort casinos in the state. At his first ever press conference, Scott hedged his bets by saying only that he didn’t “want the state to be very largely dependent on gaming for revenues … I haven’t taken any position about doing anything different with gaming.” Sharp readers will note that Scott’s tepid non-denial denial failed to address the substance of his post-election meeting with Las Vegas Sands’ honcho Sheldon Adelson, which a Scott spokesperson had previously described as “introductory.”