Home / Sports / Four managers on the verge of the sack 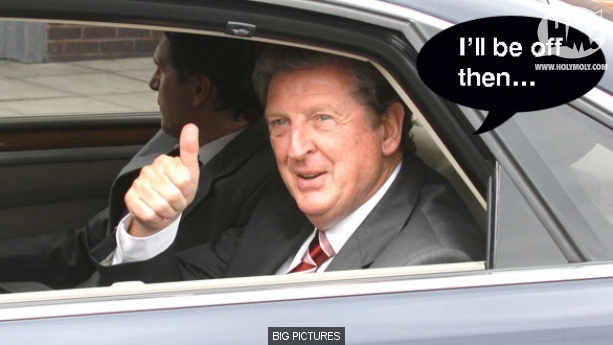 All this means that the sports betting companies are finding it very difficult to do anything at all, such is the excitement at which manager will bite the bullet first. Last night’s games don’t make it any clearer as to who might go first, but it does confirm that a number are under significant pressure, at very different places in the table.

First, you’ve got Chelsea boss Carlo Ancelotti, complete with phantom eyebrows. Since Frank Lampard went under the knife for liposuction, Didier Drogba went diving in too many mosquito-infested ponds whilst back home in the Ivory Coast, and John Terry caught one too many STIs, they’ve been in free-fall. The lowest point of their season came last night at Molineux, bottom club Wolves beating them 1-0.

It all means Ancelotti really is on borrowed time with owner Roman Abramovich.

Next down the league is the tragic story of the mild-manner former Fulham boss, Woy Hodgson. As Liverpool boss, he’s embraced losing away from home as if he never left the Cottage. Last night’s performance plumbed new depths though. Being beaten by Blackburn is one thing, but the manner in which it happened (3-1) was quite the humiliation. Players at Anfield should shoulder some of the blame – Fernando Torres looks like he’d rather be cleaning the toilets than playing up front.

The bottom half is where the real dead weight is to be found, and there’s no better place to start than the newest inductees into the Premier League’s relegation zone – Aston Villa.

Since taking charge, Frenchman Gerard Houllier has praised his old club Liverpool’s victory over his new club and generally done a lot to piss off the club’s fans. A home defeat to Sunderland, complete with Emile Heskey sending off and the inevitable boos from the Villa fans could mean he’s the first of the quartet to see the door.

Avram Grant is the last man to make up this awesome foursome. West Ham are bottom of the league and last night allowed Leon Best to score a hat-trick against them as they were soundly beaten 5-0 by Newcastle. Best scoring one goal is quite the event – three should mean a run of t-shirts bearing the words “When Best scored a hat-trick – I was there!” Don’t get me wrong, three goals is quite a feat for young Leon, but West Ham’s defending was worse than laughable.

“All four of these bosses have been struggling in recent weeks but for all four to lose in such embarrassing fashion on the same night seems sure to open the departure floodgates, probably sooner rather than later” said William Hill spokesman Graham Sharpe.

By the time you read this article one of them could already be gone, and searching the January transfer window for a new manager.