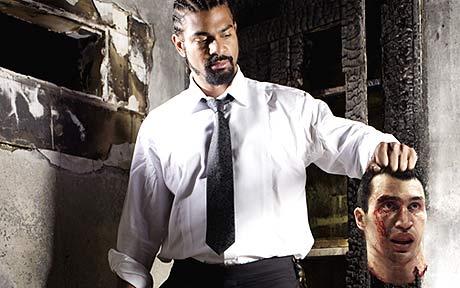 If you read the boxing news columns over the past year or so you would have been led to believe that 2011 was at one point going to be the most unforgettable year in a long time for the sport. The reality is now coming out that, in all probability, it’s the year that promised much but now in all likelihood won’t deliver.

First we saw how Floyd “Money” Mayweather is still testing out his hiding skills in ducking a fight with Manny Pacquiao, so that the Filipino is now taking on “Sugar” Shane Mosley. The other fight that was supposed to bring in those pay per view dollars was trash-talking David Haye’s heavyweight unification fight with Wladimir Klitschko.

Before Christmas it looked like Haye would get his wish to fight the younger brother, after Wladimir pulled out of a fight with fellow-Brit Dereck Chisora. The Ukrainian has now gone back on his plans with Haye to accept a fight with Chisora. It all puts the Haye-Klitschko bout in tatters and now we wait for Haye’s trash talking to begin.

Klitschko’s manager Bernt Boente, claimed that: “RTL and Sky could not find a date as Sky did not want a second pay-per-view date in April because they already have the Amir Khan fight then. Wladimir was not prepared to wait nine months until a fight in July so he Chisora. Our door is open for Haye to fight Wladimir on 2 July. But from what I hear Adam Booth is not accepting that Wladimir will have a fight before then and so at the moment it will not happen.”

It’s all rather disappointing as it will be a travesty if the two of them never face off in the ring. William Hill already has odds of 4/5 that they never meet in the ring, and they’re usually not too far wrong.