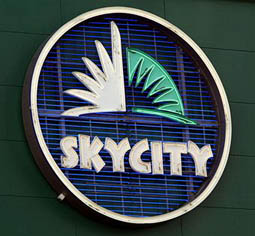 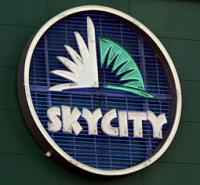 The SkyCity Casino in Auckland New Zealand released a statement saying that due to their increased patronage, it’s impossible to keep out problem gamblers.

This came after the Department of Internal Affairs decided that the SkyCity Casino had no grounds to withhold winnings from a problem gambler who had won a $60,000 jackpot playing Caribbean Stud. The gambler had placed his name on the self-exclusion list, meaning he was admitting he had a problem and wished for the casino to keep him out. Obviously, he didn’t trust himself to stay away.

Sothea Sinn banned himself and his girlfriend back in 2004 but entered the casino in August 2010. After a few hours of play, he hit the Caribbean Stud Jackpot of $60,000. When Mr. Sinn tried to cash in his chips, the casino realized he was on the self-exclusion list and refused to pay the man his money.

Internal Affairs initially agreed with the Casino that Sinn shouldn’t receive the money as he didn’t complete his required six months of counseling sessions to reenter the casino. Later after further investigation, Internal Affairs could find no reason the man should be denied his winnings.

Teachy told Radio New Zealand, “Our policies, we believe, are still absolutely right. The whole thrust of them is to protect those few people who shouldn’t be there from themselves.” He continued, “What’s disappointing is that the department now doesn’t seem to share our view of what the consequences of re-entry and breach of conditions should be.”

Like most casinos, the SkyCity uses high tech surveillance to stringently monitor their gaming floor but a SkyCity Spokeswoman said that, “…we cannot catch every one and keep tabs on everyone.”

In the online gaming space, banning yourself is a little easier, place a call to most reputable online sportsbooks and casinos and they’ll ban your access with a couple of keystrokes.