Home / Poker / Is anyone’s World Series of Poker bracelet NOT for sale on eBay? 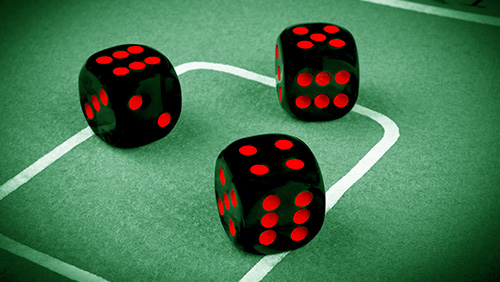 The phenomenon first appeared at the start of 2010, when it was revealed that TJ Cloutier was pawning his 2005 WSOP bracelet on online auction house eBay. Cloutier had apparently hit hard times, but in a class move, the folks at Cake Poker purchased the bracelet, then returned it to its

rightful owner (after taking lots of pictures with various Cake staffers wearing the bit of bling to appear on their personal Facebook profiles).

Just recently came word that 2008 WSOP champ Peter Eastgate, who dramatically announced he was exiting the poker stage earlier this year, was hawking his own piece of diamond-encrusted hardware on eBay. This was odd enough news, even before Tony G announced he was hell bent on obtaining the bracelet to use as a dog collar for his beloved mutt Zasko.

Personally, we think Zasko would probably have been just as content to wear a simple leather and studs model – anything that doesn’t impede his ability to lick his own naughty bits would probably suffice perfectly well, thank you. Regardless, Tony promised to pay ‘what it takes’, although in the same breath, Tony claimed he had his (unstated) limits. Let’s hope the current highest bid of US $110k won’t leave Zasko wanting. After all, Eastgate is pledging 100% of the proceeds to UNICEF, so dig deep, Tony.

Now comes word that the bracelet won by Paul ‘Eskimo’ Clark for taking down a $1,500 Razz event at the 1999 WSOP is also up for sale. Unlike Eastgate, the Ireland-based seller does not appear to be the guy who worked so hard to acquire the status symbol. And unlike Eastgate’s bracelet, the diamond-free 1999 version has so far attracted a top bid of only US $2,800. As the bracelet contains 117g of gold, it’s worth over $5k even in its melted down form, so what accounts for the lack of interest?

It could be the unfortunate comparison with Eastgate’s pimped-out version, which, frankly, makes the 1999 model look a bit chintzy, but we’re putting the lack of interest down to there being a glut on the market. All other WSOP bracelet holders would be well advised to wait a little while before hitting up the second hand marketplace. Even better, wait a few more decades and go on Antiques Roadshow. Just don’t get stuck in line behind a fat, balding Michael Phelps looking to pawn his kajillion Olympic gold medals so he can afford a new bong.