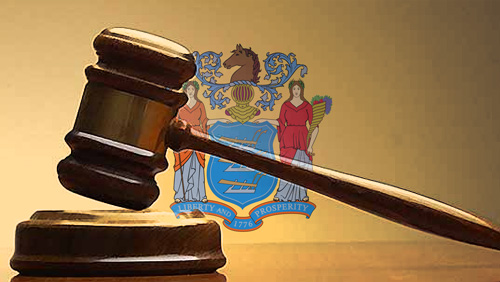 The state of New Jersey recently sought to enact several pieces of legislation that would allow (a) New Jersey racetracks to offer exchange wagering, and (b) Atlantic City’s casinos to offer their slots and table games to state residents, with the state keeping 20% of the revenues. Another pro-gaming move being advanced by state legislators is a challenge of the federal prohibition against sports betting, and for the purposes of this article, it’s the latter effort we’re interested in.

Passed in 1992, the Bradley Act, or the Professional and Amateur Sports Protection Act (PASPA), prohibits States from offering intra-state betting on sports (professional or amateur), with the exception of pari-mutuel animal racing and, bizarrely, jai alai.

Another exception was that four states – Nevada, Oregon, Montana and Delaware — which had their own sports betting offering prior to PASPA taking effect, were ‘grandfathered in’, but only to the extent of their respective products in operation at the time. Nevada had fully licensed sportsbooks, but Oregon, Montana and Delaware only had sports lotteries or sports pool betting. Essentially, PASPA took a snapshot of the way things were and preserved it for eternity.

However, an additional provision was made for any State that had licensed casinos operating for the previous ten years to enact legislation permitting full-blown intrastate sports betting – wiggle room clearly designed to give New Jersey the chance to bring Atlantic City on par with Las Vegas. However, despite being given a full year in which to act, Garden State legislators couldn’t get their act together in time, and the door to Vegas-style sports betting was forever taken off the table.

Or was it? In 2008, New Jersey legislators passed bill A1909, which would permit in-person wagering at casinos on the outcomes of sporting events. The legislation was to be put to a public referendum, but this was nixed when the politicians realized there was little to be gained by having the public vote on a law that would be automatically trumped by the federal prohibition. So the legislators fixed their eye on removing the federal obstacle in their path.

State Sen. Raymond Lesniak (pictured at right) filed a federal lawsuit in March 2009 seeking to have PASPA overturned on the grounds that it was unconstitutional. On the surface, the constitutional arguments appear quite weak. The suggestion that PASPA violates the constitution’s ‘commerce clause’ because it doesn’t treat all states equally doesn’t hold water because there’s nothing in this clause that requires the feds to treat states uniformly. (Other clauses make specific reference to such a requirement, so it’s exclusion from the commerce clause is significant.)

The second constitutional argument is that the federal government cannot enact anything that requires the states to pass specific legislation – in this case, laws banning sports betting. This is slightly more viable than the commerce clause argument, but still very much a long shot.

When Lesniak filed his suit, then Gov. Jon Corzine was quick to voice his support. But after new Gov. Chris Christie was sworn in earlier this year, his legal counsel informed the judge overseeing the challenge that the governor’s office wanted its name off the plaintiff’s list. It seems that with all the other problems facing New Jersey, Christie doesn’t see the point in chasing the sports betting rainbow.

Although anything is possible, the prospects for New Jersey’s lawsuit succeeding appear slim at best. Leaving aside the relative weakness of their case, the current political climate in the US does not encourage so-called ‘judicial activism’, meaning legislation tends to remain as written. And even if Lesniak and Co. had their wish granted, we could expect the deep-pocketed major sports leagues to appeal the ruling all the way to the Supreme Court, if necessary.