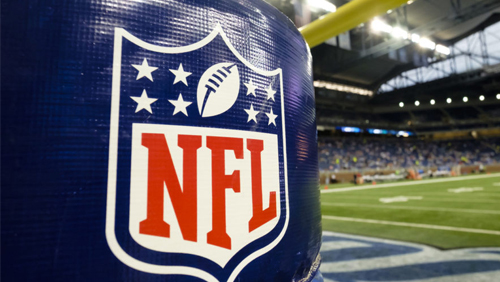 Ever since the U.S. Supreme Court knocked down the Professional and Amateur Sports Protection Act (PASPA) last May, states across the land are scrambling to get into the sports gambling business. Several states have already passed their own sets of laws to oversee the activity, while several more are expected to introduce legislation this year. Even before the Justices reached a decision, professional sports leagues such as the NFL and NBA were vocalizing their opinion that sports wagers should include an “integrity fee” paid to the leagues in order to allow them to police their games and ensure teams didn’t try to rig the outcome. They have argued that the fee could be anywhere from 1-4%, which could result in millions of dollars more added to their piggy banks. In the case of the NFL, perhaps they need to consider charging the league’s teams the integrity fee – not sportsbooks.

The NFL (and others, but we’re only interested in the NFL right now) has a rule, the Personnel (Injury) Report Policy. Per the policy as it was released in 2017 (in pdf), “The Personnel (Injury) Report Policy has been a cornerstone of public confidence in the NFL for many decades. The credibility of the NFL, teams, owners and team personnel requires full compliance with and uniform enforcement of the policy. The intent is to provide full and complete information on player availability. It is NFL policy that information for dissemination to the public on all injured players be reported in a satisfactory manner by clubs to the league office, the opposing team, local and national media, and broadcast partners each game week of the regular season and postseason.”

That opening structure seems to be cut-and-dry and doesn’t allow for much leeway in its interpretation. It is surprising, then, that the Pittsburgh Steelers overtly lied on a recent injury report, concealing the fact that wide receiver Antonio Brown wasn’t going to miss the game against the Cincinnati Bengals for injuries, but, rather, because of an internal team dispute.

As Mike Florio of NBC Sports points out, “As one league source has observed, ‘overt lying’ on the injury report is a much bigger problem than Brown’s antics, because shenanigans with the injury report speak to competitive issues, about which the league office should be very concerned. It’s unknown whether the league office actually is concerned or will take action; the NFL has not responded to an inquiry from PFT regarding the situation.”

Florio adds that the decision to incorrectly list Brown’s status was due to the team’s desire to not have any distractions going into a must-win game. In other words, it blatantly broke the rules in order to benefit itself. That, most would claim, shows a certain lack of integrity.