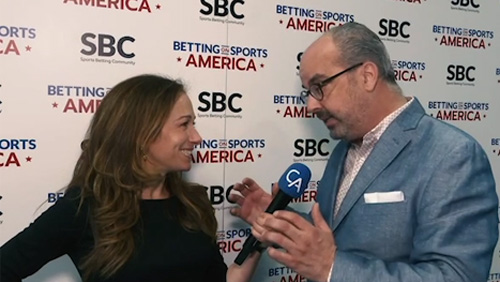 Since the Professional and Amateur Sports Protection Act (PASPA) fell to the Supreme Court in 2018, it’s been a year of celebration and profits for New Jersey. At Betting on Sports America, Becky Liggero was joined by Bill Pascrell III, a lobbyist with the Princeton Public Affairs Group Inc., who had a lot to boast about in his long effort to bring sports betting to the state.

To an outsider, PASPA might look like it might have been struck down very suddenly, but Pascrell and others had been working at it for a long time. “It’s been a wonderful ten years full of humps and bumps and hurdles, but ten years ago, you were there, London ICE, when I announced, ‘It’s not a question of if, but when,’” he reminded Liggero. “It took 10 years, but, we were right ultimately. We didn’t think we’d do as well as we did with the court. To get seven votes is quite incredible. But this all started back when Ray Lesniak and I met, with Joe Brennan as you’ll recall, and we filed our first piece of litigation. Senator Lesniak did that pro bono.”

Surprising even Pascrell, they were more successful in their effort than even he could conceive of. “I got to tell you something, nobody thought we’d be this successful,” he admitted. “We were up against the NFL, the NBA, Major League Baseball, the PGA, the NCAA, and it was a David-Goliath. Thank God we had Ray Lesniak and Governor Christie. Last May 14 was transformational Becky, when the Supreme Court ruled that PASPA is unconstitutional. We crushed the NFL, which I am so happy to say, I’m a big fan, but not of the organization.”

To call New Jersey sports betting anything other than a complete success would be underestimating it. “First of all, we’re approaching our $2 billion dollar bet, any day now, number one,” Pascrell began explaining. “We’ve only been live offline since June 14, and online since August 15. So, you know, about seven or eight months, give or take. Here’s the critical component, 80% of bets placed in New Jersey are online. Super Bowl Sunday, Becky, you know the GW bridge? Pedestrian foot traffic from New York across the bridge to get across, to get inside the geo-fence, to place their bets. How exciting is that?”

The state still hasn’t hit its full potential, though, and Pascrell believes it will soon become the gold standard for American sports betting. “New Jersey is about to eclipse Vegas in sports betting, and we’re only a year into this, a few months short of a year,” he said. “I predict by our second year anniversary, we will surpass Vegas, and we’re on a meteoric rise. New Jersey is now going to be recognized as the gambling mecca for online and sports betting.”

New Jersey’s influence on the rest of America is going to line up very nicely to spread sports betting throughout the country. “First and most importantly is to educate other states, which Gov. Murphy is going to become the head of the Democratic Governors Association in January next year,” Pascrell explained. “That gives him a platform. He understands the value of legalization, regulation and enforcement to get rid of the black market, and we’re starting to impact that.”

He added the other benefits the industry can expect to see. “Number two, he’s having a great impact on the problem gambling issue,” he noted. “There’s no proof or factual data that shows that online facilitates more problem gamblers. Actually, it reduces it. And then the final part is, New Jersey has some tax incentive programs unrelated to just gaming for new startup companies, new innovation companies, technology companies, digitized tax credits that they can take advantage of that most of the companies coming from Europe and other parts of the world wouldn’t be ordinarily familiar with.”