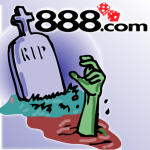 888 Holdings CEO Gigi Levy has told eGaming Review that 2010 is a year he can’t put behind him quickly enough. Despite tallying 10.5% higher revenues in the first half of the year, a 20% jump in marketing costs caused the company’s pre-tax profit to fall 43% to £5.4m. This in turn prompted 888 to forego an interim dividend payment and pull out the scissors to trim costs.

Levy broke down 888’s revenue pie as 50% casino, 25% bingo, 15% poker and 10% ‘the rest’. With the exception of a short-lived favorable run in January 2010, the company’s poker operations have been a mess since the beginning of 2008. However, Levy claims a new partnership with a large poker affiliate (whom Levy chooses not to indentify) has boosted liquidity 40% since August. This has Levy boldly predicting an upward trajectory for 888 in 2011.

In detailing 888’s woes, Levy makes the unfortunate comparison between his company and Bwin, noting that the two firms are ‘the same size in scale… but we have less revenues. Either we cut costs or we try to increase revenue.” By employing this rationale, Levy inadvertently reveals the shackles that bind public company behavior – the fear that even if you announce quarterly earnings of £1 per share, if a listed competitor announces earnings of £1.10 per share, shareholders will demand action to close the gap or threaten to take their money elsewhere. Public companies end up focusing so much of their energies on meeting the market oracles’ expectations every three months that they lose sight of what’s good for their company in the long run.

In fairness, 888’s long term planning seems to be focused on finding a merger dance partner. If and when this does occur, it will undoubtedly provide a short-term boost in 888’s share price, which will please the fickle shareholders no end. But in the long run, the urge to merge will not deliver the value that shareholders expect, and their quarterly get-togethers will become increasingly hostile affairs. If Levy thinks this year was horrible, he likely ain’t seen nothing yet.