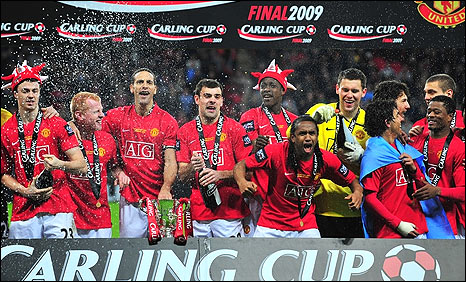 If you’re involved in the entertainment business, you’ll know how lucrative a comeback can be. Take That are already on to their second one, and Deion Sanders had more than the rest of the world put together. You’re always going to have a Mike Tyson for every Neon Deion however. Although perhaps surprisingly one of sport’s oldest cup competitions has had quite the renaissance in recent years.

Only a few years ago it was rather cool to lambast the League Cup from all angles. Winning the title, Champions League, maybe even the FA Cup, and playing the under-12s in the Carling Cup was the done thing. Not now. Last night’s Carling Cup confirmed the place of Arsenal in the final eight of the competition, adding to Manchester United who were already there. The latter are going for a third successive title and you’d be hard pushed to bet against them.

United were in action Tuesday night, taking on Premier League strugglers Wolves. Sir Alex Ferguson has enough respect for the competition to name in-form Javier Hernandez amongst the substitutes and didn’t hesitate for one second when the chips were down. Hernandez then came on and scored the winner. The remainder of the team may well have been a mish-mash of youngsters and bit-part first teamers, but if your midfield contains a player that cost the best part of £20m, it must serious.

Arsenal, on the other hand, are another proposition altogether. For years manager Arsene Wenger has used the competition to blood the youngsters he hopes will build a future for the club. More often than not, these players don’t really come to anything. If they do, they’re sold on for a massive fee. Arsene isn’t of this mindset anymore though.

September’s thrashing of rivals Tottenham Hotspur, and last night’s similar scoreline at Newcastle, saw the Frenchman going for the veterans. The team in these two games would be almost unrecognizable to even last year’s Carling Cup side and this is significant as far as the competition is concerned.

Wenger’s been desperate for a trophy for quite some time now but you never thought he’d stoop this low. Surely, the Community Shield and maybe even the Europa League would come before this? Apparently not. Even captain Cesc Fabregas got a run out last night in a team that has been dubbed in some sectors as “OAPs.”

So, of the teams left in it who’s going to win?

A spokesperson from the bookmaker William Hill, Graham Sharpe, looks like he’s with the Frenchman on this one.

‘Arsene Wenger is obviously taking the tournament seriously this season and we have responded by taking their chances seriously,” he said.

The odds reflected this as well, reading as follows

In recent years, the latter mentioned Ipswich and Wigan may well have had a chance. Not this now. Not after the comeback of the century!