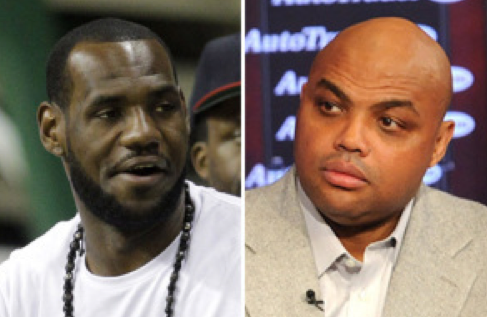 Today has been quite the day for one of the NBA’s leading lights and the star of the film Space Jam – and were not talking Michael Jordan. When Charles Barkley woke up one morning recently it seems as though he was mightily confused – today though he will probably just be a slight bit peed off. Lebron James’ will-he won’t-he move to the Miami Heat this summer was one of the most controversial in history. All the greats had their say and of course Barkley was one of them. The expected backlash from James was delayed – until now.

Lebron’s latest ad for Nike, exceptionally made as it is, takes a couple of significant swipes at Mr Barkley. 1 – Lebron eating a donut, winking, and muttering “Hi Chuck” – an obvious dig at Barkley’s retirement paunch. 2 – The line “Should I tell you I’m not a role model” recreating Barkley’s own Nike ad. Now, when he hears about this, could there be a similar reaction to his words on gambling in GQ this month?

Back in ’06, Barkley admitted to gambling losses over his lifetime of “probably $10million” and now he’s gone on the offensive. The rated R comments were: “Yeah, I like to gamble. And I’m going to keep gambling. And I just have to tell people, if they don’t like it, they can kiss my ass. Fuck ‘em. You know, I quit gambling for a while. But then I was like, ‘Why am I quitting gambling? I don’t have a problem.”

So Barkley’s one of us!

Lebron, on the other hand, can expect at least a couple “fuck you’s,” while Sir Charles bares his back-side from the TNT booth.