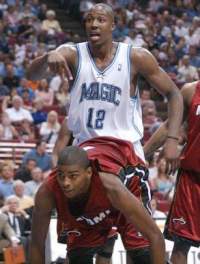 Like the record for eating the most hot dogs, or someone who trains to become the best in the world at exercising, the Orlando Magic have set one of those records that is just as impressive as it is meaningless. The Orlando Magic have won 21 straight games, in the preseason. What are talking about here? Preseason?

While there are analysts like John Schumann from NBA.com who will have you believe that preseason success correlates to regular season success, most people don’t care about the preseason, that is, except gamblers. The Orlando Magic’s preseason dominance is valuable to sportsbooks who can expand upon their offering for NBA preseason by adding team props about whether the Orlando Magic will go undefeated in the preseason.

Interestingly enough, the Magic face their now archrivals the Miami Heat in preseason action tonight and Bodog has the Magic at -9.5 on the spread. As this is the most anticipated NBA season since the return of Michael Jordan from baseball, it represents a great opportunity for online sportsbooks to boost profits on NBA betting, even in the preseason. FYI, for those industry professionals looking at taking the Heat in this game, consider the fact that Lebron James and Chris Bosh played extended minutes in their previous game and loss against the Atlanta Hawks, so don’t expect them to log major minutes with the regular season some 72 hours around the corner.