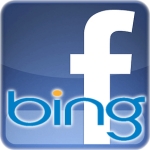 On Wednesday, Facebook announced it was partnering with Microsoft on a project to bring a social component to internet searches, i.e., someone using Microsoft’s Bing search engine to find a particular product or service would now be able to see which ones their friends ‘liked’.

While the innovation is definitely noteworthy, the fact that it was reps from Microsoft — not Google — standing on stage alongside Facebook founder Mark Zuckerberg is what has the industry talking. After all, Google handled 72.15% of all US internet searches last month. Zuckerberg justified his decision to go with the upstart Bing thusly: “They really are the underdog here. They’re incentivized to go out and innovate.”

For its part, Google isn’t viewing the slight with any outward show of alarm. A company spokesperson told Computerworld that “Having great competitors is a huge benefit to us and everyone in the search space. It makes us all work harder, and at the end of the day our users benefit from that.”

In a reflection of just how much the digital landscape has changed, analysts are viewing Microsoft as a somewhat peripheral player in this deal, which is yet another salvo in the war between Facebook and Google for internet dominance. Comscore numbers show that people are increasingly spending more time on Facebook than they do on Google (including YouTube, GMail and Google News). Having a friend-related search option sounds like a good way to make Facebook even ‘stickier’, especially among younger users, which, if successful, would mean Google’s user base would get smaller and older. How did that song go… I believe that children are the future…