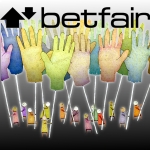 Betfair is expected to reveal its go-public plan today, after the company’s 700 shareholders signed off on the initial public offering idea. About 500 of Betfair’s shareholders are employees, while other major principals include Japan’s Softbank, private equity firm Balderton Capital & Index Ventures and Richard Koch, co-founder of LEK Consulting.

The initial plan is to put 10% of the company’s stock into play, with more potentially being issued should demand warrant it. UK newspaper City A.M. is claiming that the share price will range between £11-14, which would put the company’s valuation between £1.25-1.59B. (We all await with breathless anticipation to see how the final figure jibes with those Bodog prop odds.)

Meanwhile, Sportingbet is still waiting for the big payoff from its $35M deal with the US Dept. of Justice. The ‘forgive us, for we have sinned’ payment was supposed to have transformed Sportingbet into the belle of the merger ball, but nothing’s happened yet, outside of a significant dent in its end of year numbers. The company’s financial director, Jim Wilkinson, gave some indication of the apparent lack of interest Sportingbet has received of late, stating “Sooner or later, the deal may or may not happen.” Riveting stuff.