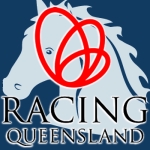 The body responsible for overseeing four-legged racing in the Australian state of Queensland has struck a race-fee deal with betting exchange Betfair and bookmakers such as SportingBet and Centrebet. The two-year deal is similar to the arrangement made by Racing Victoria, which receives a fee based on 10% of gross revenue, rising to 15% for two months of major racing during the spring carnival.

The deal is a further blow to Racing NSW, who are holding out for a fee model based on 1.5% of turnover. That proposal, which was hotly contested by Betfair and the other bookmakers, is still being considered by the courts, and a decision may not arrive until the new year.