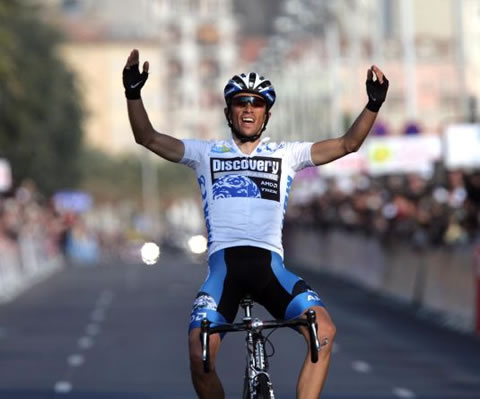 Alberto Contador has failed yet another drug test pointing to the two time Tour de France winner being a low down cheater. Here’s the thing, fail one test and get over, shame on the World, fail another test, shame on you.

At this point there has to be no doubt that Cycling is the dirtiest sport in the World. Nobody is clean. Nobody. What are the odds that Contador is stripped of his Tour de France title? The New York Times reports Contador, who tested positive for clenbuterol during the Tour de France in July, has now tested positive for a chemical called a plasticizer, a chemical that is found in plastic IV bags. The results suggest that he had a blood transfusion. The newspaper says Contador’s urine samples revealed levels of that chemical eight times higher than the minimum amount which points to doping.

At this point, it’s appropriate for odds to start going up on whether Contador will suffer the disgrace of being stripped of his titles as Tour de France winner. With his reputation on the line, Contador’s excuse is that his testing positive for clenbuterol was a case of food contamination caused by tainted beef from Spain. Seriously? Beef from Spain? That’s the best he could come up with? He should be stripped of his titles for that excuse alone.