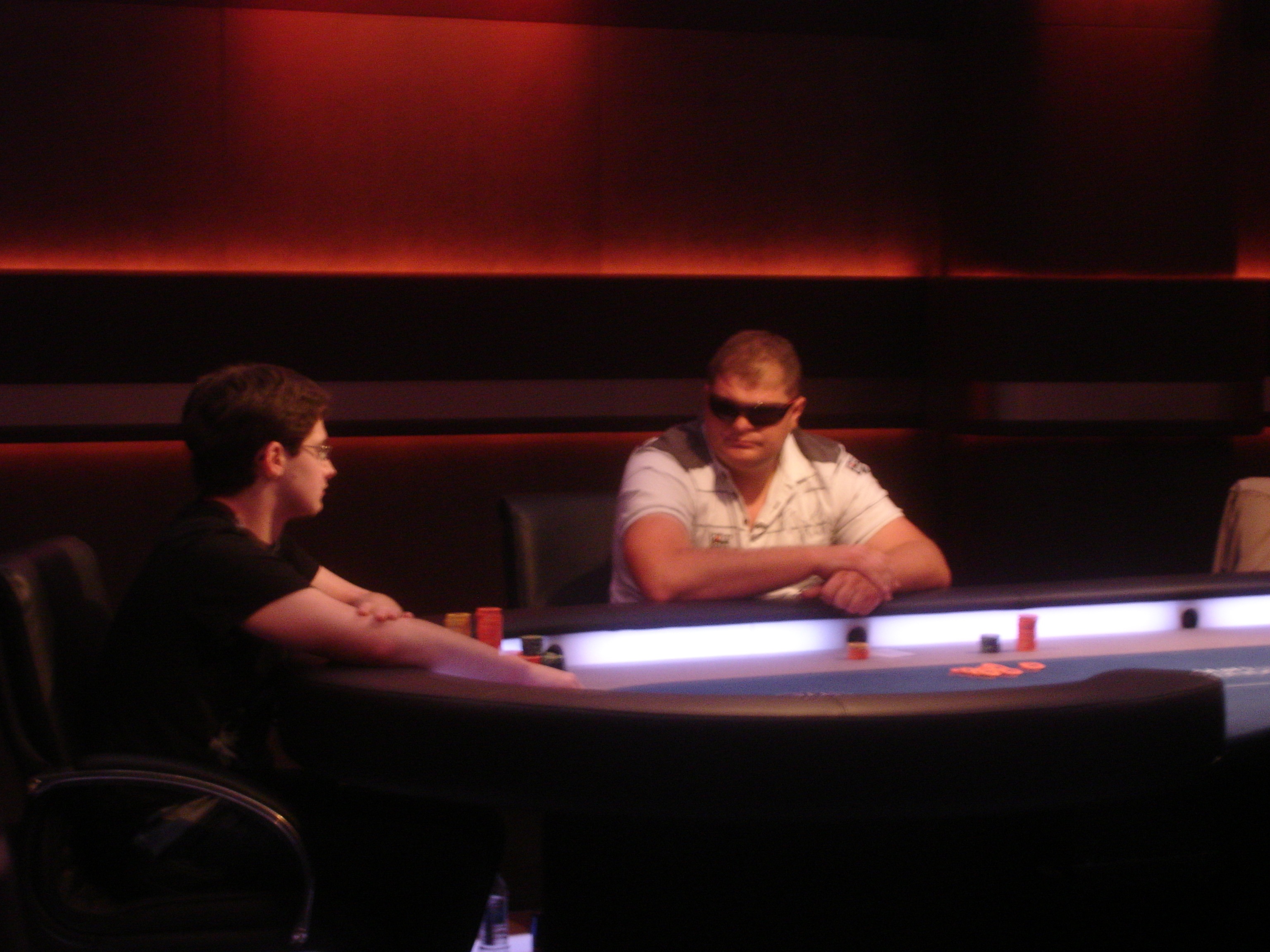 As the clock neared 11 o clock, and yet another level came to an end, it was looking like it could be a long night as the last two played heads up and it seems as though tournament veteran John Juanda would add an EPT to his four WSOP bracelets, and the WSOPE one. How wrong we were.

This was the day when David slayed Goliath, little Scotland beat Las Vegas as David Vamplew became the happiest man in the town of Fife as he added £900,000 to his bank account, and became another EPT season 7 winner for the UK at London’s Hilton Metropole Hotel just west of the London.

The dullest of days, you know the one where you have the car headlamps on, greeted anyone who braved the London Underground strike action, and I was one of those who decided to traipse around the centre of the iGaming universe, thus adding around an hour and a half on a usual straightforward, however, there was an EPT London waiting for me so what’s the complain about.

The final table was a mish-mash of a local hero, an online qualifier, the (grand)daddies and even a true legend of the poker circuit as the PokerStars European Poker Tour London Main Event entered it’s final day.

After last week’s home victory in the WSOPE by the lesser-known James Bord, the home flag was being flown by someone who may well be a distant relative of Calvin Ayre himself, and didn’t look like he’s been out of mummy’s reach for five minutes, the young, baby-faced Scotsman, Vamplew, and although the recent Maths graduate was dwarfed by pretty much the entire field in the age stakes, he looked more than confident taking his place amongst the final eight and fighting for the Union Jack in the EPT.

By the time the United Kingdom’s train network had allowed me to arrive at the Metropole,“Vampy” had already delivered. The homer’s first decisive action of the day was to deliver the death knell that Tom Marchese’s bid for a title looked like it may achieve sooner rather than later, and anyone looking to challenge the pale-pretender from Fife was now being very wary indeed, after Vamplew pushed all-in from the dealer button and made sure Marchese would be leaving with only £100,000. Yeah only that!

Joining Marchese by the wayside was one of the elder statesmen of the event, Swede, billed from Cyprus, Per Ummer, who pushed all-in from small blind and Artur Wasek snap called from big blind. Ummer looked far from happy, and he was right to look surly becoming the first player to be eliminated from the final table a mere hour or so after it started, and just before the first break.

Chip leader going in to the final day, Kyle Bowker, was the next to claim a scalp as the eldest man at the top table, Fernando Brito, was dismissed, taking home a cool £145,000 for his troubles. Canada’s only representative was the next victim of Vampy, as his sunlight and wooden stake trick was to no avail, Kayvan Payman walking away with £190,000 and down to four we went as the next break crept up.

As the play entered the next level a man who had been dwarfing Vamplew in the presence stakes, online qualifier Artur Wasek, saw his EPT dream come to an end after going all-in with the focused at all times Juanda, picking up a cheque to the tune of £240,000.

The next break came as the final three battled it out, but it was down to two not long after this as the man who began the day in the lead, Bowker, snapped under John Juanda’s surprise flush, the holder of four WSOPs, and one WSOPE, bracelets looking an overwhelming favourite with a cheap lead of around 12 million chips as he attempted to engulf David’s challenge to Golaith.

But after a year or so playing live poker, and seeming genuinely humbled by the title he had just won, “Vampy” is now the highest earner Scotland has ever produced, and as he retires to his newly purchased chateau in France (hint hint David), it’s likely we’ll be seeing a lot more of him in the coming months. As far Juanda – he’ll have to wait ever longer for an EPT title