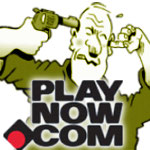 Yesterday, we reported that the Canadian Broadcasting Corporation had gone public with news of the ‘glitch’ on the British Columbia Lottery Corporation’s online gaming site PlayNow.com that was dispensing free money – something that CalvinAyre.com had first reported on a full month ago. Now, three Vancouver Sun columnists (sadly, BCLC-backer David Baines isn’t one of them) have revealed their frustrations at (a) attempting to get the PlayNow site to work on their computers, and (b) the shoddy treatment they subsequently received at the hands of PlayNow’s customer service representatives.

Fortunately, two of these writers were apparently on a deadline and bereft of other news with which to fulfill their work commitments, so they decided to ‘live-blog’ their ongoing victimization at the hands of the uncaring drones manning PlayNow’s phones. These ‘as it happened’ reports, which really deserve to be read in their entirety, end with each frustrated columnist deciding to head immediately over to a real (i.e. privately-run by an international operator) gaming site. Smart lads.

Seriously, at this point, we’re just glad that British Columbia doesn’t possess a nuclear weapons arsenal, because if they did, and the computers at these facilities were somehow linked with the PlayNow network, all the other hockey playing countries would be smoking wastelands by now.