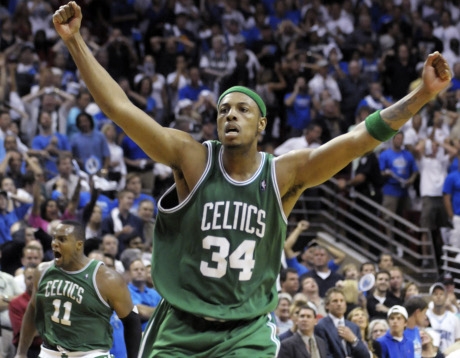 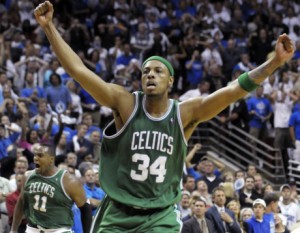 The Boston Celtics shocked bettors and the basketball world by ousting the Cleveland Cavaliers in six games. The Cavaliers were favored by many oddsmakers to win the NBA championship so their second round exit comes as a big surprise. All of the talk is going to be about how Lebron James was unable to take the Cleveland Cavaliers to the promised land, but Boston deserves a lot of credit, but not all of it, you shouldn’t get props for playing hard in the playoffs because that’s what you’re supposed to do. The Cavaliers on the whole didn’t put up a very convincing fight.

Lebron is going to receive the lion’s share of the blame and he deserves it. You can’t walk around referring to yourself only in third person, throwing powder in the air before every game, dancing on the sidelines and winning MVP’s every year if you aren’t going to perform in the playoffs…when it matters. Everyone crowned Lebron as the king and now it looks like many are ready to remove his crown, perhaps unfairly. I still think Lebron is the king. He’s a king without a crown maybe, but he has all the gifts to be the ONE. It’s like that scene from the Matrix, when Neo meets the Oracle and she reads his future… He’s got all the talent, but it looks like he’s waiting for something. I’m going to take a stab in the dark and say he’s waiting till he’s in New York, because for much of the series, Lebron looked disinterested. Even in the elimination game, he dropped a triple double, but for the Cavs to win, Lebron needed to give them at least 40 points, that didn’t happen, and his nine turnovers (sixteen turnovers in the last two games) were signs that his head wasn’t in it because Lebron is one of the best passers in the league. But what about the rest of his team?

In a way, you can understand how the Celtics beat the Cavs. Who do the Cavs really have that is a proven player apart from the forty something year- old Shaq? The answer is no one. Jamario Moon, Anthony Parker, Delonte West, the list goes on of a bunch of career bench players. As for Mo Williams, he played well in only two out of the six games in the series which is two more than last year’s series against the Magic. And Mo couldn’t defend Rajon Rondo if his life depended on it. To be honest, even if the Cavaliers got past the Celtics, they were probably going to get swept by an even better Orlando Magic team.

Things are definitely going to change in Cleveland. That team may be built to win in the regular season where NBA teams are half assing it, but the playoffs are a different beast. If your team has any deficiencies or weaknesses, they will be fully exposed in the playoffs, the Cavs have many. The shit is already hitting the fan, less than twenty four hours after being eliminated. There’s already rumors that Cavs coach Mike Brown has been fired. Read more.

UFC 250 Odds: Roundup of the Rest of the Card
Dan Taylor
10 hours Ago