Home / Sports / The King And Cavs Choke In Game 5 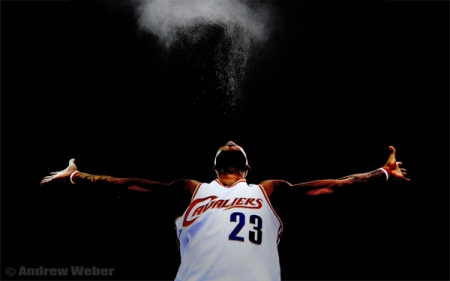 I hate to be the guy that questions a player’s effort and heart, but I have to be that guy.

If you bet on game 5 of the NBA playoff series between the Cleveland Cavaliers and the Boston Celtics the odds are you’re just as shocked, upset or as ecstatic as I am disgusted depending on your bet. Most people would assume that the back-to-back MVP winner and best player in the NBA would come out with a signature game 5 performance in front of his hometown fans to beat the Boston Celtics. Well, Lebron left his John Hancock on the game alright, he signed it anonymous and so did the rest of his team. Read more.

When a team’s owner is forced to call out his team, you know things are bad. In what was one of the biggest games in Lebron James’s career, he looked like he’d rather be at a Yankee game. Lebron had one of his worst games of his career and didn’t make a field goal until midway through the third quarter. Watching the game, you were just waiting for him to do something as Boston raped and pillaged the Cavaliers, but he did nothing, nothing at all. With the exception of Shaq, a proven warrior, who showed his champion heart by leading the team in scoring, no one on the Cavs had a good game. If the oldest player in the NBA is leading your team in scoring in a pivotal game, chances are you’re losing that game and you’re probably losing the series.

But this just wasn’t your average choke job. Keeping in mind this is two games in a row where Lebron James has been a no-show, it has sparked a huge fallout around the superstar and his team. Questions are flying about the future of the Cavs head coach Mike Brown and about James. Why so much hype over one loss when the series isn’t even over? The answer is simple. Lebron James is too good to play like that, to the point where it actually is unacceptable for him to have two bad games like that. Forget about his elbow and even forget about the Celtic’s defense, because Lebron has already proven in game 3 when he dropped 21 points in the first quarter that he can’t be stopped. I don’t put as much of the blame on his teammates because they go as he goes. I wonder what they were thinking when they saw him hiding in the corner on the court and passing off open looks. So why the choke show? Cleveland fans don’t want to hear what I’m thinking.

I’m not going to flat out say it, simply because the series isn’t over and I’ll give Lebron the benefit of the doubt until it’s all said and done. But after watching his performance in game 5, the first thing that crossed my mind was “He’s not coming back to Cleveland next year”. I know Boston has great defense, but I don’t believe their defense is shutting Lebron James down. He’s not even taking enough field goal attempts for me to consider that. Lebron looks like a man who may realize that if he tries his team may win, and if his team wins, leaving Cleveland in the offseason becomes extremely difficult. If that is the case, he’s committed a cardinal mistake on the basketball court and the basketball gods don’t take lightly to such infractions. I hope for Lebron’s sake, that it is his elbow and not his head.

If he was planning on coming back, why wouldn’t he say so? Why the suspense? It’s not like it ruins his bargaining power, he’ll get his max contract no questions asked. Perhaps it’s the allure of New York. I’m wondering who got to him, was it Jigga in his ear? Or was it the rumored free lapdances forever offer from a New York strip club if Lebron came to play for the Knicks? Maybe it’s the millions upon millions of dollars he could make in endorsements from moving to the Mecca of basketball. Or maybe living in Cleveland just sucks ass like Joakim Noah said. Who really knows, but something isn’t right with the ‘King’.