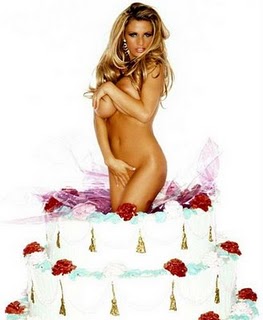 Cake Poker has been making the news for all the wrong reasons lately. A couple of months ago a player was incorrectly handed the pot despite losing a hand, the poker site then fessed up to buying TJ Croutier’s pawned WSOP bracelet off Ebay, while the Sportsbook and PlayersOnly websites have told the network provider to have their Cake and eat it and taken their business to Merge.

But Cake does deserve a pat on the back for its decision to introduce minimum buy-ins for Texas Hold’Em cash games. The trouble is cash games on poker sites are becoming increasingly plagued by short-stackers – players who enter cash games with a tiny stack, thereby reducing their exposure, and who play their hand only when they’ve got the nuts – or as near as damn it. This means they wait for their moment, smash’n’grab, double up and then bugger off to another table. Not only does this mean that their opponents don’t get a chance to win their money back, but it also makes for very dull poker games. Bluffing is taken out of the equation and the only time there’s a big pot win is the rare instance when two or more players have a blinding hand.

Only last night I was on a 0.50/$1 table on PokerStars and I began to realize that I was getting very bored of seeing my bluffs get called by players with better hands, who then disappeared into the ether. Now of course, this could well be down to the fact that I am a rubbish player – but the fact remains that this sort of poker just isn’t cricket.

Shortstackers, of course, might just say tough shit, asshole, go fuck yourself and your mamma, and your mamma’s mamma, you loser, although if they did they’d probably get chucked off the site by the chatroom manager, but the point is poker is supposed to be a game of skill. It’s not just about waiting for good cards. There is no feeling quite like making a man lay down two pair when you’ve got 7-2 off-suit. But that is happening less frequently nowadays – and I don’t think it’s just because I smell of a fish.

The alternative of course, is to either move on to bigger money tables, where the more skilful players hang out – but we can’t all afford to play high-stakes poker. Or play Sit’n’Gos or tourneys, where your bluffs are less likely to get called by tight players – but we don’t all have the time to commit to an indefinite spell at the tables when any minute the Missus is going to walk in and tell you we’re going to her mother’s for dinner and don’t pretend you don’t know because I told you yesterday, and this morning, and an hour ago. Or is that just me?

Either way, Cake has made a bold move by introducing ‘regular’ and ‘shallow’ cash games. It is sure to lose the shortstackers in the short term but these are the sort of players it can do without as they don’t contribute much liquidity. Also, hopefully, the other websites will in turn follow suit so the short-stackers will have nowhere to go except for their own shallow tables, where they will compete to see who has the shortest stack of them all. And then maybe, just maybe, the rest of us will get our poker back. And I won’t keep seeing my bluffs get called by these parasites – just by better players instead.