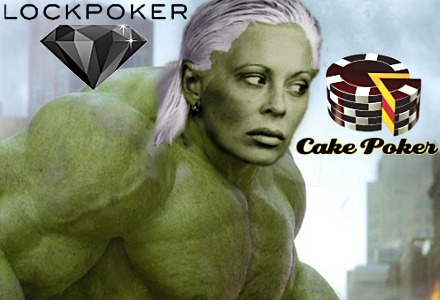 As first tipped on Sunday, Lock Poker will be leaving the Merge Gaming Network and acquiring “selected assets” of the Cake Poker Network, with the aim of forming a new enterprise to be dubbed Revolution Gaming. Current Lock players will apparently receive a software update on May 31. All players’ VIP rewards will carry over to the new regime and the new entity will continue to utilize Lock’s stand-alone cashier. A Lock representative told PocketFives that the Cake software would be retained “but we will be going into product development immediately, as we are very excited to focus on an HTML 5 client.”

Both Lock and Cake released separate press releases on Monday, although each was short on specifics. Cake’s release stated that it would “continue operations providing all of its current Network partners, sites and players the opportunity to be part of the Revolution Gaming Network.” Cake said the deal would allow it “to focus efforts on its current European, South American and Asian business.” Cake also promised “another exciting announcement to soon follow.”

Meanwhile, Lock supremo Jennifer Larson issued a statement saying that “Merge was a great stepping stone for us but we have outgrown them.” (We like to think the suddenly bulked-up Larson then pounded the podium with her clenched fists, turned and walked straight through the wall of the studio. “Larson SMASH!”) Lock’s roster of poker pros, including Leo Margets and recent signing Annette Obrestad, “will be at the foundation of these changes. They will come together and offer their recommendations on all levels, truly bringing the player into the boardroom.” If memory serves, the last time a major poker outfit brought pro players into the boardroom, it marked the birth of Full Tilt Poker. (Past is prologue?)

While Lock officials are busy high-fiving each other, the real winner here may be Merge. Insiders doubt Lock’s claim to have represented 40% of Merge’s business, but the loss of a large network participant will undoubtedly hurt Merge in the short term. However, Lock’s focus on high levels of rakeback attracts all the wrong kind of poker players (at least, wrong from the perspective of a network looking to grow its business) while draining liquidity from other Merge skins. Long term, Lock’s absence may prove to be Merge’s saving grace.

The deal is also a victory for affiliate site PokerListings. The Cake Network entered into a “strategic partnership” with PokerListings in March 2011, just weeks before Black Friday. While details were scant, speculation was that PokerListings had taken at least a 50% interest in the struggling poker network. Given Cake’s demonstrated inability to capitalize on the US-facing market void created by the absence of PokerStars, Full Tilt and the Cereus Network, the sale of Cake’s assets could reflect a desire by PokerListings to cut its losses.

The deal marks a homecoming of sorts for Lock, in that it began life as a Cake skin, only to decamp for Merge in March 2010. Current Lock ambulance chaser Bryce Vincent Geoffrey was also formerly a legal counsel at Cake prior to being let go for allegedly alienating Cake’s B2B clients. The ‘back to the future’ analogies extend to Lock’s promise of “an even higher percentage rate” of rakeback under the new Revolution banner. We guess one could equate ‘revolution’ with a willingness to ignore the growing number of companies who have abandoned the ‘rakeback and poker pros’ business model as unsustainable.