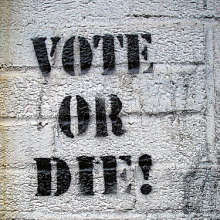 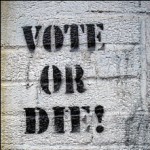 It was big news when a producer of the film The Hurt Locker got caught lobbying Academy members to vote for his film, and was subsequently banned from attending the Awards as punishment. Not quite the same scale, but there’s a fresh controversy brewing over the WSOP’s decision to let fan voting decide the roster for this summer’s Tournament of Champions. Some pros are enlisting the help of their online fans to stuff the digital ballot box, and this has rubbed some purists the wrong way. As one pro put it, “there is a line between campaigning and annoying people.” But hell, if nobody’s going to take this seriously, let’s start a campaign to seat that possibly fictitious Indian kid who took the poker room for half a mill. Read more.