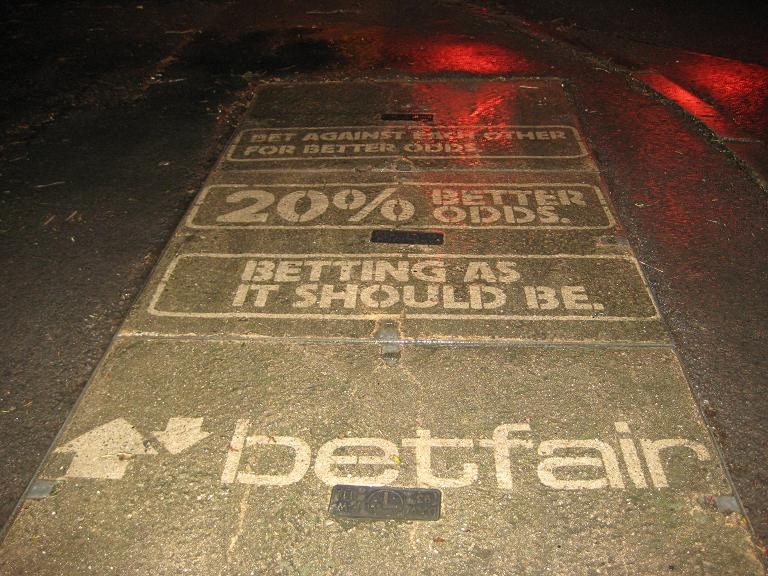 Oh dear. Those swanky Betfair offices overlooking the Thames are not the place to be at the moment, not unless you want to see red-faced directors scrunching up their suits, rolling up their pink shirtsleeves and asking who wants a fight.

As it goes, they know who it is that’s up for a rumble and they know they might be outnumbered after discovering that the British Horseracing Association (BHA) and William Hill are planning to gang up on them over racing payments, those meanies.

As things stand Betfair coughed up a voluntary levy of about £1.3 million to horseracing last year but they are now threatening to withdraw their contribution as the fixed-odds bookmakers and the BHA want the world’s leading betting exchange to hand over considerably larger sums to reflect their status in the industry. To put things in perspective the Levy receives approximately £100m a year from bookmakers.

“If British racing is going to jump into bed with our competitors to seek an outcome that is ultimately damaging to our business, we have to question whether continuing to pay the voluntary levy is commercially sensible,” spat a Betfair source, before picking up his ball and taking it home with him so none of the other kids could play.

Betfair’s anger was piqued by an article in Tuesday’s Racing Post revealing that William Hill’s chief executive Ralph Topping and the BHA chairman Paul Roy have patched up their differences and are planning to develop a closer working relationship. Earlier in the year Topping launched a broadside at the BHA for adopting “an Oliver Twist mentality” and continually asking for more.

But now the two have kissed and made up in order to pick on Betfair, who, as a betting exchange, are not obliged to make any contributions – unlike bookmakers – but who have been making voluntary payments to keep the bookies off their back. But Topping describes those payments as “relatively limited compared with the volumes that now pass through them”. In other words, peanuts.

And this problem is certainly a difficult nut to crack. If the bookies are obliged to pay money to the Levy as per the Gambling Act – essentially because horseracing is the core material upon which their business is based – then betting exchanges should too. So an amendment in the 2005 Gambling Act is surely in order here.

“Racing’s position has been clear on what we see as the two big issues in relation to exchange activity,” says BHA chief executive Nic Coward said. “Firstly, the levy mechanism was never designed to be able to cope with exchanges. The full extent of the impact of exchange betting has never been looked at, but it should be, in order to make sure horseracing is getting what it is supposed to be getting.

“The second issue is that where anyone is by definition a bookmaker, and operating through an exchange, then that person should be paying levy.”

But it will be a tough measure to push through, not least because if money must go to the BHA, then other sporting federations will soon be knocking at the door. And where does that argument end?

“For example, I got a call from a sports journalist who said to me ‘Mark why don’t you just pay something to the sports, it would be so much easier’. I said, ‘On what basis should we?’ And he said, ‘Well you only exist because they exist’. And I said, ‘What do you do as a job?’ And he said, ‘I’m a sports journalist’. So I said, ‘You pay your tax, I presume?’ He said ‘Yes’. So, I said, ‘Then why don’t you pay something to the sports because presumably without it you wouldn’t be able to make any money’.”

It’s a discussion that’s set to run and run. But in the meantime the bookies are running themselves – away to Gibraltar where there is no legal requirement to pay either Levy or betting duty on profits generated offshore.

Ladbrokes became the latest firm to jump ship to Gib recently – following in the footsteps of Victor Chandler and Stan James – leaving the BHA high and dry. But al least they’ve got William Hill to keep them warm for the time being.