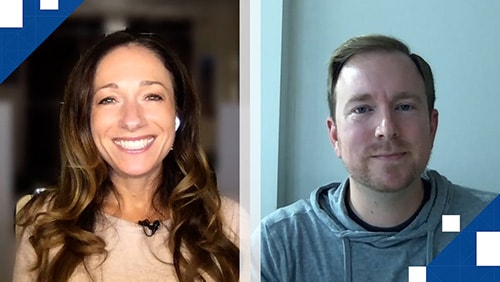 Hold Gaming CEO Philip Runyan believes that skill-based casino games have a promising future in a regulated U.S. market. Runyan sat down with CalvinAyre.com lead reporter Rebecca Liggero Fontana to talk about the adoption of skilled based casino games in the U.S. and how Bitcoin SV (BSV) can help this transition.

Runyan believes that potential new players will buy-in to the concept of skill-based casino games. “People will play if you give them the proper tools, they will also put money into it,” Runyan said.

There’s proof in Runyan’s secret sauce, as Hold Gaming has developed games that are available across more than 36 U.S. states. Runyan explained that players can now play a competitive card game for cash prized in several markets.

At CoinGeek Live, Runyan was quick to emphasis that Hold Gaming is skill-based, and he is quick to point out with Liggero Fontana that his company’s games have a skill element to them.

“From a platform perspective which is really what we wanted to talk about at CoinGeek, is that as a skill-based game where there is trust. I have to trust that my competitor is real, I have to trust that we both got a fair shake, and there’s really only one way to do that. And it’s not by asking people to just trust you, you need to be able to show them.”

Runyan believes that’s one of the benefits of BSV and blockchain technology for Hold Gaming. Blockchain and BSV create a trail that is transparent and open for players to verify that they are in Runyan’s words “getting a fair shake.” Runyan goes further to explain that the Hold Gaming platform will be enhanced by utilizing BSV and blockchain for that reason.

“A blockchain will be able to show that when a challenge is seated, when the deck when was created, it’s hashed and it’s time stamped. It’s obfuscated, you can’t view it if you’ve not actually played all the way through, but we can show you when it was created. All of those tools will be readily available for people next year,” he said.

Runyan believes that the introduction of blockchain could make skill-based casino games more appealing to regulators. “There’s less trust that people aren’t mucking with information, or you know turning that dial I can tell you right now in the social gaming world that exists if you think you’re playing a social casino game,” he said.

There are also added benefits to helping educate regulators on the benefits of blockchain. Runyan believes that the community will have a crucial say in educating regulators:

“Let’s be honest, the goal here is to move towards regulation, as far as getting them on board it’s going to take education. As I stated in our panel, the operators, the regulators, they don’t innovate. It’s not their job to innovate, they don’t take risk right. In fact, the whole point of a regulator is to mitigate risk. There’s going to be some hand-holding, there’s going to be some education, and that’s going to have to come from the BSV community to really step up in that regards.”

In the full interview, Runyan goes further to explain how the technology can be used by U.S. regulators to mitigate risk and provide further opportunities to attract early adopters. Subscribe at the CalvinAyre.com YouTube channel to see more videos like this as they are published.