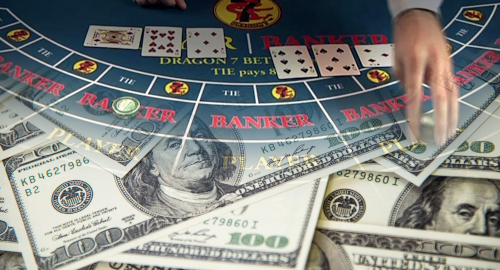 Nevada casinos posted a modest gaming revenue increase from September to October, but new COVID-19 restrictions have the mayor of Las Vegas calling the state’s governor a dictator.

Figures released Tuesday by the Nevada Gaming Control Board (NGCB) show statewide casino gaming revenue of slightly under $822.7m, down 19.5% from the same month last year and a mere $1.6m higher than the state reported in September 2020.

The brunt of October’s decline came via the Las Vegas Strip, which reported revenue falling 30.2% to $375.8m, while downtown Vegas slipped 22.7% to $52.8m. The picture was far less bleak outside Clark County, with areas like Reno and Lake Tahoe posting decent annual growth.

Over at the sportsbooks, betting revenue was down 11.5% to $42.4m despite wagering handle rising more than one-fifth year-on-year to a record $659.2m. Both figures pale in comparison to New Jersey’s licensed betting market, which reported records for both handle ($803.1m) and revenue ($58.5m) in October.

Tougher times lie ahead for Nevada gaming operators as Gov. Steve Sisolak announced Sunday he was halving the casinos’ maximum capacity to 25% until mid-December in response to the state’s soaring COVID-19 case rate. The new rules took effect Tuesday (24).

Even before that announcement, MGM Resorts declared that it would shut its Mandalay Bay and Mirage hotels on a Monday-through-Thursday basis starting Nov. 30. The company said it didn’t expect the mid-week closures to remain “past December” but admitted that it would amend its policies as demand dictated.

Las Vegas Mayor Carolyn Goodman, whose COVID-19 views tend to echo Donald Trump’s irrationally optimistic outlook, reacted predictably to Nevada’s new restrictions in an interview with the Las Vegas Review-Journal, calling Sisolak “a dictator with whom we have complied every step of the way. We’ve had no choice.”

Goodman claimed that Sisolak had “tried all these measures, and [the virus] is still here.” Goodman suggested that Nevada’s pandemic problems won’t abate until the new vaccines arrive and predicted that Sisolak would impose further restrictions once Sisolak’s three-week ‘pause’ has concluded.