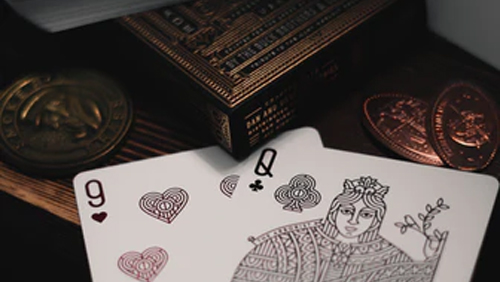 Finding out which two new players have been inducted in the Poker Hall of Fame is a poker tradition like the World Series of Poker ending in July November July. It shouldn’t be changed and now it has.

This year, as opposed to 14 of the previous 15 years, there will only be one inductee.

Setting aside the fact that the last time this happened, it was 2009 and the late, great Mike Sexton’s personality easily covered for two inductions, what are the reasons for the change?

According to an interview with PokerNews, Ty Stewart, World Series of Poker Executive Director, said: “There will be a 2020 Poker Hall of Fame class, or said more accurately, a 2020 inductee. We are going to return to the tradition of one inductee per year, voted in by their peers, but I’d like to present the full details on that in the near future.”

Stewart’s words indicate that there has always been a peer-voting element to the inductees, which isn’t strictly true, as well as the single inductee presumption. In the inaugural year of 1979, there were seven players inducted, which makes up for virtually every year until 1988, when Doyle ‘Texas Dolly’ Brunson and Jack ‘Treetop’ Strauss made it into the history books.

In fact, over the course of the 40 years, the Poker Hall of Fame has been in operation, there have been 58 inductees, and while those years do include the odd solo legend contributed to the fold, it’s not like we’re running out of poker heroes. Last year saw Chris Moneymaker and David Oppenheim make it into the Poker HoF. In fact, here are the players who have made it in the last 10 years.

This year, who could be the single player to make the cut and enter the halls of splendour to be adored by their legions of fans therein/receive a certificate via FedEx?

Well, the criteria is simple, although it rules out plenty of your favourite players also.

Anyone who is nominated – and the public have done so since 2009, so bringing it back to a peerage invitational might count against anyone using real-time analysis on current voting trends – must have fulfilled a few fairly obvious standards in his or her career.

The nominee must have:

Apart from being annoyed that we’re ruled out on all four counts (we can’t that heads-up with the butcher’s son over some sirloin beef that was on the turn), we’re rather intrigued to know who people will go for in the ‘Year of COVID’.

Back in 2009, Tom Dwan reached the final ballot due to the public vote, but this initiated the ‘Chip Reese’ rule of needing to be 40  years old. Should that change now, however? Few would argue that Fedor Holz is a bona fide poker legend, just as Bryn Kenney, Justin Bonomo and Daniel Colman could all also lay claim to that title. None of them have aged four decades, ruling them out of the running. How many of your favourite players are currently over 40? Perhaps this is a reason for going back to a peerage system, the public would demand a lower age threshold.

Who’ll become the latest ‘Hall of Famer’ and will they be announced before or after the WSOP World Champion on New Year’s Eve Eve? We’ll let you know exactly who wins the award right here on Calvin Ayre.