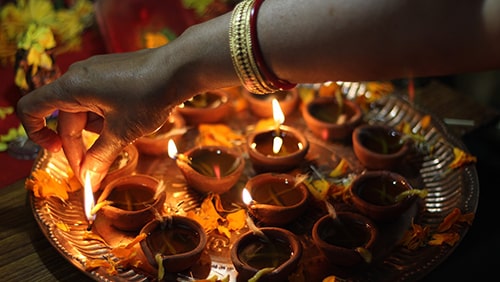 Indian authorities were worried about illegal gambling gatherings over the Diwali weekend, and it appears their fears were well founded. Over 100 arrests were made during the holiday, while one town attacked a journalist for fear that they would reveal their own gambling activity.

Seperately in Dharwad, another 18 gambling dens were raided, resulting in 65 arrests. That set of raids resulted in RS 49 lakh ($65 thousand) being seized. Among the arrested were political leaders, businessmen and hoteliers.

The district SP of the Dharwad Rural police had warned card clubs not to offer services during the Diwali period. That warning didn’t make it to some policemen, as four constables were found in one of the dens.

Before the Diwali weekend, Guwahati police had made their own gambling arrests. They were worried gambling would be rampant and hard to stop, due to the mountainous province and the significance of gambling to Diwali rituals. Those reports making the news left at least a few people very unhappy.

A reporter, possibly looking into the presence of gambling in that province, was not welcomed warmly. In nearby Mirza, he was tied up to a light post and beaten for reporting on the gambling action he was finding. The suspects reportedly threatened him to stop reporting on gambling, before allowing the gathered crowd to bring him to a pharmacy for medical aid.

As several online operators noted before the weekend, Indians could still get their gambling fix without risking arrest or being dragged and beaten. Several operators noted that the number active users had seen a large spike leading into Diwali, and promoted their services for Diwali themed card games and promotions.

Asian casinos gear up for Diwali with India expecting a new casino and Macau struggling with the numbers
Eric Bianchi
24 October 2011
.