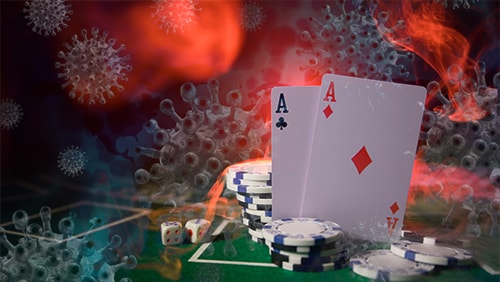 might still be catching up to Nevada’s gambling industry in a lot of ways, but it can proudly say it’s better in at least one way: It has less Covid-19. The state has reported just 108 positive cases among casino employees.

The Pennsylvania Gaming Control Board (PGCB) announced the figure in a Thursday release. The 108 number represents less than 1% of the 16,000 casino employees statewide. The total, representing positive cases since casinos reopened in June, includes 28 cases at Rivers Pittsburgh and 25 cases at Parx in Bensalem, amongst others.

“We currently have more than 1,900 people working at Parx,” said Carrie Nork Minelli, director of advertising and public relations for Parx. “As such over a four-month period our positive case rate is approximately 1.3% which we believe is below the state and Bucks County average.”

This beats Nevada’s positive rate amongst casino workers. That state had 548 positive tests out of 12,000 casino employees, representing a positivity rate of roughly 3.6%. That number, collected in September, could be higher now as the state stopped reporting positivity rates for Hotel-Casino employees in early October.

The report of low cases amongst casino employees comes as Pennsylvania sees new daily highs. The state had 4,035 new cases and 40 deaths on November 7, a trend they are hoping President-elect Joe Biden will help turn around in the new year.

The PCGB did warn however that of the 108 cases found in casino workers, they didn’t have exact details of who got the virus. “While we do not get specific information as to the positions occupied, we are aware that the total numbers do include an unknown number of employees who are not in positions which have contact with the public or work in public areas,” said Denise L. Miller-Tshudy, attorney for the gaming control board.

Miller-Tshudy noted however that it appears casinos are taking every precaution to keep the spread under control. “It should be noted that many of the employees who tested positive or were presumptive positive had not been on the facility’s property for a number of days before notification was made to the Board,” Miller-Tshudy said.